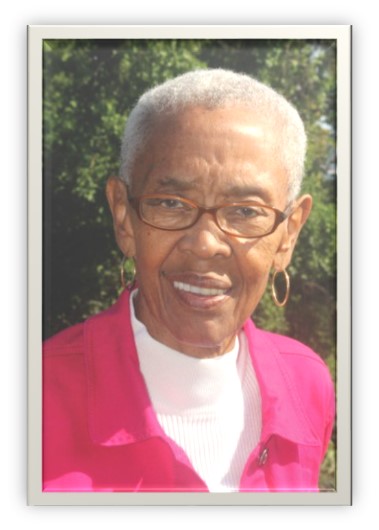 My name is Clara Lawhorn and I was born in McBee, South Carolina. In 1952, I migrated north and moved to New Haven, Connecticut. I matriculated at Hillhouse High School and graduated in 1953. I was hired by Southern New England Telephone Company as an operator and eventually worked my way up to Assistant Manager of Operator Services. I retired from the company in 1987 after a 40-year career.

I received my Associates Degree from Albertus Magnus College in 1986. I obtained my state real estate license in 1989, and for a time was a licensed real estate broker for Coldwell Banker. I have a strong faith in God and have been an active member of St. Martin de Porres Church since the mid 1950s. I have always been a very active, independent and vibrant person, giving my time and talents to my community and to my church. So you can understand why in late August/ early September 2006, I got the shock of my life when I was diagnosed with Stage 3 breast cancer.

My journey began early one morning when, while talking on the phone with a friend, I began to cough and could not catch my breath. I ran downstairs to open the front door to get fresh air. Although I felt better, I was still very unnerved by the episode. Because I know my body, I knew that something wasn’t right. I immediately went to see my primary care physician. He had been treating me for a long time for a thyroid condition and a small goiter commonly associated with this condition. He would always check to make sure that it was not growing and blocking my air passage. He sent me for a PET scan, which revealed that the lymph nodes under my right armpit were enlarged. The lymph nodes were removed and a biopsy was performed. The results from the biopsy confirmed that I had cancer.

The weird thing is there was no evidence of a primary site — that is, a lump or source of the cancer anywhere in my body. My annual mammogram in April 2006 was negative and an ultrasound performed on my breasts after the PET scan did not reveal any evidence of a tumor. So we weren’t 100% positive that the cancer was breast cancer. I was referred to an oncologist who reviewed the PET scan and biopsy pathology reports. After consulting with her colleagues, I received confirmation that I, indeed, had Stage 3 breast cancer.

Because of the way my cancer manifested itself, i.e. no evidence of a lump or primary site, my daughter insisted that I have a second opinion at Memorial Sloan Kettering Cancer Center in New York City. My local oncologist scheduled an appointment with Diana Lake, M.D., one of Sloan Kettering’s top medical oncologists. So, after my first chemo treatment in October 2006, my husband, daughter and I drove to New York City. When I arrived at Sloan and met Dr. Lake, I was also proud to see that she was African American. Dr. Lake had already looked at my pathology slides and had read all of the reports, including my PET scan. She concurred with my oncologist’s diagnosis of Stage 3 breast cancer. She recommended an aggressive treatment: Dose-Dense Chemotherapy (DDC).

Standard chemotherapy regimens call for chemotherapy to be given every 3 or 4 weeks, depending on the regimen, allowing for healthy cells to recover between doses. However, research has shown that this 3-week break may also allow the now smaller, more rapidly dividing tumor cells to start growing rapidly again. DDC aims to achieve maximum tumor kill by increasing the rate of chemotherapy delivery, not by increasing the dosage. By administering the same doses on a 2-rather than a 3-week cycle, the chemotherapy disrupts the rapid growth phase of the tumor cells.

My oncologist was apprehensive of the DDC treatment because of my age (I was 72 at the time), the effect that amount of chemo would have on my white blood cell count, and the high risk of infection. Dr. Lake, on the other hand, had treated many patients of all ages with DDC and was optimistic about how I would respond to the treatment. So, I agreed to undergo the more aggressive DDC treatment. It was rough, but I persevered. I had little nausea, no vomiting and no hair loss. But the Neulasta shot that I would receive 24 hours after each chemo treatment to reduce the incidence of infection always knocked me for a loop for a day or two.

I had three months of DDC and 4-6 weeks of radiation. Surgery to remove the tumors was not recommended. All the doctors who treated me throughout this journey said that my case was very unusual and that my daughter and I qualified for genetic testing and research. I declined. I was so spent from the pokes and prods and the debilitating effects of the chemo, I could not endure anymore medical testing or treatment. It was a rough journey, but because of my strong faith in God and the support of my family and friends, I came out on the other side cancer free! My PET scan after the first chemo treatment showed that my body had responded very well to the treatment! The DDC had attacked the tumors as Dr. Lake had predicted, and disappeared! The doctors attribute my great response to the chemo not only to the early diagnosis and to the aggressive DDC treatment recommended by Dr. Lake, but also to the state of good health my body was in at the time of my diagnosis. I have always enjoyed eating fresh vegetables, probably because I grew up on a farm in the south. I have a banana and oatmeal each morning with a hot cup of tea. I eat healthy meals for lunch and dinner — always baked or broiled, not fried. I always had annual wellness exams and was a very active person. Most important, without my strong faith in God, I would not have made it through this journey.

I now have blood work done annually. My most recent annual check up showed no signs of a recurrence. I am now almost seven years cancer free!! Except for the neuropathy (tingling) in my feet, and a change in my weight and appetite, I am doing great! I am alive and still very active! I continue to do what I have to do to maintain my good health. To all my sisters, have faith in God, take care of your bodies and remember to get your annual mammograms.