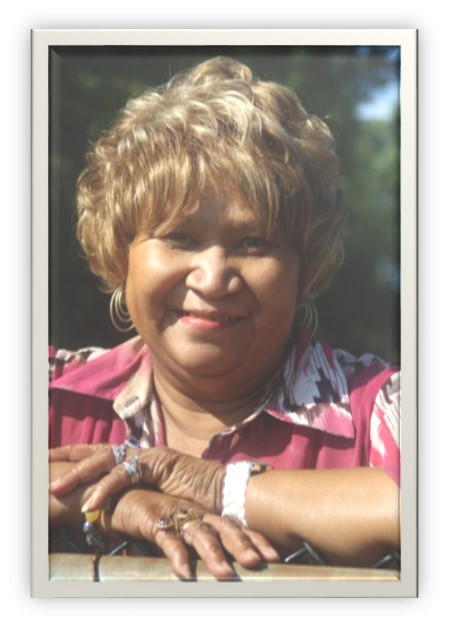 My name is Elaine, and this is my story. I was born on January 5, 1949 as the ninth child of Annie and Eugene Huckaby. I grew up in Newhallville and attended Ivy Street School, Lincoln Basset and Wilbur Cross High School. I received my Bachelor’s degree from Virginia State University and my Masters from Southern Connecticut State University. After graduating, I returned home to begin a teaching career with the New Haven Public School System. Soon I met and fell in love with James Goodson. We were married on July 26, 1975. From that union we were blessed with Jaryn, James Jr., and Jason.

I enjoyed teaching and working with children in youth groups. I taught kindergarten, 1st and 2nd grades — first at Dwight School and then at Mauro School. I also taught Sunday school at Immanuel Baptist Church, where I am an active member. In 2008, after teaching for 38 years, I decided it was time to retire. In my spare time I enjoyed reading, walking on the beach, line dancing, volunteering at my church and traveling with my family. After about two years I still had the desire to teach, so I accepted a position as a permanent substitute teacher at Amity Middle School.

In September 2012, I found out that my daughter was expecting and I was overjoyed with the thought of welcoming our first grandchild. I went for a routine physical with my regular physician in December 2012. He ordered a mammogram. I went into the test thinking all would be well. They discovered a lump on my right breast and I was sent for a biopsy. I was officially diagnosed with Stage 2 breast cancer on January 4, 2013, the day before my 64th birthday

I met with the oncology team led by Nina Horowitz at the Smilow Cancer Center at Yale New Haven Hospital shortly thereafter. They prescribed an aggressive course of action, and I was ready to fight this thing head on. My unwavering faith in God and the support I received from my family and friends assured me that I would be okay, and everything was going to be all right. I underwent a partial mastectomy on the right side and a reduction on the left in March with reconstruction, and it was a success.

The road to recovery was not easy, but God is always on my side. Unfortunately, my husband was diagnosed with Stage 1 prostate cancer around the same time I received my diagnosis. He began radiation therapy and I began chemotherapy treatment on April 8, 2013. After being a caregiver to my elderly parents for a period of time and also my older brother, Eugene Huckaby, it was a little difficult to realize that after being diagnosed, I would have to be the recipient of someone else’s care. I am so grateful and blessed with my husband and children for their continued support and care. I am also thankful for the help of my sisters who came from Florida to assist my husband and me on our way to recovery. I was nervous to begin this treatment, as I did not know what to expect. I was blessed with the strength to be present for the birth of my granddaughter this past April.

I am living testament today of how good God is. I finished my chemotherapy in July 2013 and my husband completed radiation in August. I began radiation therapy in September 2013. Our journey is far from over, but with our faith in God and the support of our family and friends we are both getting stronger every day. I thank God every day for the angels that he has placed in my life in the form of such loving and caring friends who have inspired me to stay strong, faithful, and determined.