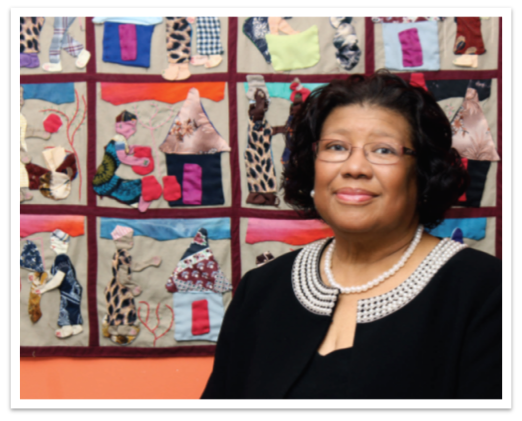 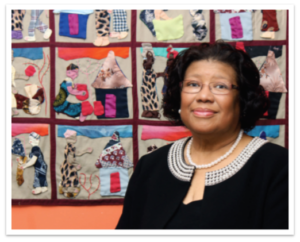 I stopped by Yale Radiology on Dixwell Avenue. When the receptionist said, “Who is next?” I responded at the
window by saying, “May I get a mammogram please?” After checking the file, I was told I wasn’t due for one until next year and there was no order on file for me to get a mammogram. I immediately called my physician, Dr. Lydia Dugdale. She sent a mammogram request over to Yale Radiology.

I remember it was a Thursday when I went for the mammogram. When the films were read, I was advised to go to
Temple Medical Center for a biopsy. This recommendation did not sit well with me and I found myself wondering, “Why did I stop?” as I had other plans. I was preparing to take my grandson back to school and spend a little time at home in
Louisiana. I decided to do just that. While at home, my mother asked if I was sick. I said, “No.” Now I know about that sixth sense that mothers have.

Upon my return to New Haven in late September, I called the Medical Center on Temple Street and scheduled a biopsy. I called it an operation, so my friend, Verna, went with me. Within days the pathology report was ready. It revealed a possible left breast malignancy versus fat necrosis. The discussion was then about possible surgery dates. My surgeon was to be Dr. Donald Lannin, who came with high marks. I remember there was talk about having a port put in, which to me was scarier than the surgery. I don’t even recall when they actually put it in.

Before the surgery, my friend Verna, who had experienced breast surgery, talked with me about praying and not being afraid. She suggested that I have all the lymph nodes removed since I was having a lumpectomy. Dr. Lannin informed me that he would only need to take out 9 or 10. The healing process after surgery went smoothly until my last day. New pathology reports showed that more nodes needed to be removed, as it appeared they were exploding like popcorn. I went back into surgery a few days later to have 9-12 more lymph nodes taken out, which meant more time in the 2 hospital. I sought solace from my friend Verna. We had many long talks and I miss her dearly as she has since passed
away. Her untimely death left a void in my life.

The next step in my journey involved chemotherapy. I had three months of chemo through my port. My sorority
sister and good friend, Carolyn Smith, took me to every treatment. My sorority sisters came and prayed with me and
were very supportive during this time.  Sometimes my colleagues would come and sit with me. My new oncologist then
was Dr. Bober-Sorenelli. She was wonderful and always listened.  Once when I brought something to her attention about my body, she ordered a bone marrow test done. Everything was fine. For my last chemo treatment, she unfortunately was away. I was given a higher dose, which was too much. Two weeks later I found myself unable to walk. I was sent to Masonic Care Home where I had to learn how to walk again. I had occupational and physical therapy every day. The deacons from my church, Community Baptist, visited me daily. Our Youth Group also visited me as I learned to walk again.

Cancer appeared once more a few years later. I had no fear when they discovered a tumor on my liver. My church, family and friends were praying with me again. My oncologist at this time, Dr. Sarah Mougalian, changed the medication and the tumor shrunk. I am sure it was the prayers of my church, friends, and just people I did not know but who knew me that got me through. Since my mother, father, sister and brother were deceased, it was just my son, two grandsons and I – and most of all God and his angels. God was right by my side to let me know this was not in His final plan for me. God’s plan is always for the good!

“For I know the thoughts that I think toward you, saith the Lord, thoughts of peace,
and not evil, to give you an expected end.” Jeremiah 29:11 KJV

When one retires after 35 years in education, from teacher to principal, visions of rest and travel come to mind. The cancer trip was not in the plan book. Thank God, it is over!!