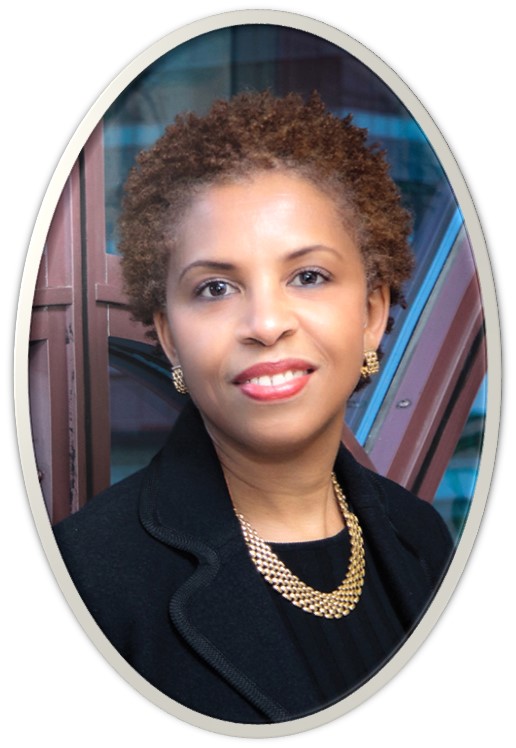 breast, but didn’t think much of it. I mentioned the lump to my doctor during my next visit. He said, “you’re too young, I’m sure it’s nothing – let’s just watch it for a few months.” I didn’t really think much of his response because at that time there was not much in the news about breast cancer… and definitely not a topic of discussion in my family. Three months later, after a biopsy and surgery to remove the lump, I learned that the lump had grown and spread to 10 of my lymph nodes. I would need a radical mastectomy, six months of chemotherapy, a tissue expander, another surgery to insert the implant and a wig.

Going through this was a surreal experience. I recall the time in between the biopsy and surgery having to learn a lot about the disease in a short period of time and having to
make lots of decisions very fast.

The truth of the matter is that I didn’t know much about cancer. I grew up in a small town in North Carolina in a very close-knit Christian family that spent a lot of time with
family and in church. No one in my family had ever discussed cancer – only sugar (diabetes). It was later in life that I learned that my father, a non-smoker, died from throat cancer when
he was just 34 and I, only 13. My mother was left to raise six children and never discussed how my father died. Cancer was not a word mentioned much in the 70s. Nor, had anyone in
my family ever discussed breast cancer. It left me feeling very alone and out of sorts.

I sought a second opinion to be sure that I was diagnosed accurately; and also because I just was not comfortable with the first surgeon’s bedside manner and interpersonal communication skills. A friend told me about a well-known surgeon who had been featured in a television special by his patient, a journalist also suffering from breast cancer.

During the time between the biopsy and my first surgery, I consulted family, friends, and church family, asking for prayer. I had a very strong support network of co-workers, a ‘buddy’ assigned to me by the American Cancer Society who had experienced the same thing at a very young age, and a support group of much older women. I recall being the youngest person at my first support group meeting – which triggered anger. I was thinking: “why me, and how can it be that I am here with these women in their 60s, 70s and 80s?” Yes, I had days where I felt sorry for myself, cried alone at home and prayed.

But after awhile, I changed my mindset and was determined to beat this and live a healthy, long life. I was determined to remain as positive, independent and physically strong as I could possibly be. I would even walk almost 20 blocks in 100 degree heat in the stuffy Washington, D.C. summer to chemotherapy treatment – all to prove to myself that I was still strong and could handle it. Sometimes I would try to walk home, but it was too much; my body was weak and I would have to hail a taxi to get home and fall into bed.

This happened to me at a time in my life when I was a young, vibrant woman with big dreams of a career in business, and an exciting social life. To be honest, I was also extremely vain about my appearance and my long, thick, flowing hair. To prepare me for my hair loss, my oncologist introduced me to an older African-American woman whose hair had started to grow back after chemotherapy. She and the doctor encouraged me to purchase a wig. Bubble over head: “there is no way I’m wearing a wig,” especially in my 20s, though I would consider it now… with all this gray that I’m now covering up. I was stubborn, had strong faith, a sense of independence and a positive attitude and believed strongly I would not lose my hair. Yes, my hair became very thin, but I never purchased a wig.

After the final surgery to insert the implant, and subsequent good report, my doctor said my positive attitude was the reason I had such a great recovery. Still, there was one more surprise.
During a visit to the same doctor who said that the lump was probably nothing, I mentioned that my period never came back. “That’s one of the results of chemotherapy,” he said, adding “you should be glad to be alive.” Stunned, I sat on the table with no response. I never went back to this doctor.

I resumed my normal life and did not talk about breast cancer for many years. I was told by my family that I should keep my ‘business’ to myself and to always walk with my head held high. I’m now living and working in Hartford, Connecticut and have found new doctors to follow me for a 5-year period.

It had been almost five years, and still I didn’t talk about my breast cancer experience with anyone. I then met a wonderful woman at church who had been recently diagnosed with breast
cancer. She shared her story. Still somewhat uncomfortable, I finally shared my experience with her and together we decided to do something to raise awareness about breast cancer among
African-American women. Breast cancer can make a woman feel very uncomfortable and unattractive about her body. So, we decided to produce an awareness campaign and a fashion
show title: “Woman, Hold Your Head Up!” We invited a panel of doctors to discuss breast cancer in the African-American community. I was even brave enough to model. We did this
for a few years. I also joined other women to raise breast cancer awareness and served as a “buddy” to newly diagnosed patients in the Hartford area and also participated in breast cancer walks and other events.

I am still so very blessed. It has been 28 years and I am a survivor, married for the first time in 2014 to a wonderful, sensitive and caring man. I am fortunate to work for the Connecticut Health Foundation whose mission is to advance health equity for people of color by eliminating health disparities. It is humbling and an honor to share this platform with 11 other beautiful, strong survivors. April is National Minority Health Month. Please take the time to share your story and raise awareness about breast cancer – not only in October, but also throughout the year. You never know whose life you will save.