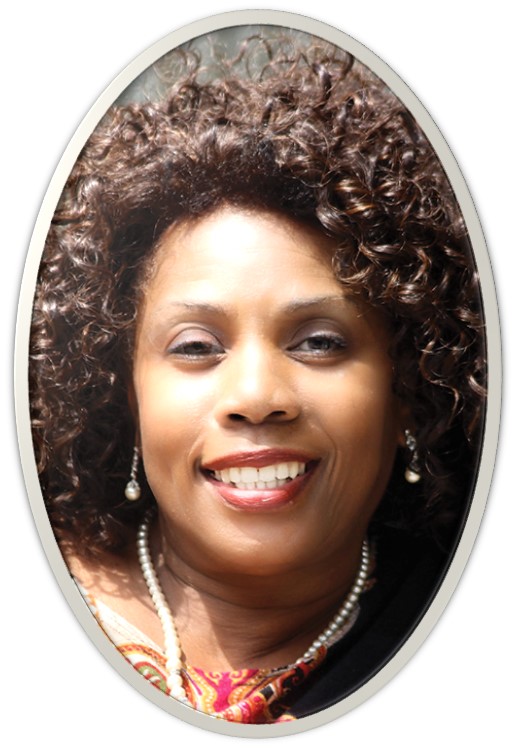 for the fair. After my class, I took the homework assignment to her at the fair, but discovered there weren’t too many people participating. So I volunteered to take an “extra” mammogram in

support. When the report came, I threw it unopened on the credenza. I was seriously busy at that time taking care of my elderly father, raising three of my grandchildren,
working as Assistant State Treasurer, serving on different boards and going to school full time.

My doctor called me a few days later very concerned. He sent me to an oncologist who explained that there was a mass in my right breast and I needed a biopsy to determine whether or not it as cancerous. I told the doctor I really didn’t have time. My father had just had his sixth stroke, was hospitalized and besides, it was almost Christmas. Thank God the doctor would not be dissuaded.

I went in for a biopsy on December 14, 2004. My daughter Tamarra accompanied me to the hospital but did not stay. No sooner had she gone than I learned that in fact I was scheduled for a lumpectomy, not a needle biopsy! I began to panic. My daughter tells me that when she got to her car, the Holy Spirit said, “Turn around, your mother needs you right now.” Sure enough I was in there performing. I did not want to go into that operating room!

Tamarra helped to calm me and persuaded me to go ahead. Once on the table, they could not find a vein and I began to pray while literally screaming on the inside, “Lord they are trying to kill me and I am so frightened.” I heard the old hymn, “Rock of Ages, cleft for me, let me hide myself in thee…” and I lost consciousness.

A few weeks later the diagnosis was confirmed as stage 1 breast cancer (in situ), which meant it was still in the ducts and had not yet spread; but I would have to have radiation. I was sent to the Father McGivney Cancer Center at St. Raphael. The words kept ringing in my ears, “You have cancer!” I couldn’t believe it and I didn’t want to accept it.

This was the valley of the shadow of death and it was a fear I dared not speak out loud. I remember pulling up to the building and saying, “Lord, I don’t want to be a part of this club.”

A very friendly man came up and started talking to me, which was the last thing I wanted. But he kept on talking. Then he pointed to a poster of himself and told me that he had survived brain cancer. The doctors had given him three months to live. But 12 years later, here he was volunteering to talk to those newly diagnosed. He promised me that I was in good hands at this cancer center. I underwent six weeks of radiation treatment. They told me that I might begin to feel very tired in a few weeks. In three days time I felt completely exhausted. And then it began to burn me. (This happens to women with dense breasts.) Soon the skin opened up and now I had one big, raw burn that was oozing pus and I was in constant pain.

Yet, one day when I was feeling really sorry for myself and could not stop crying, a woman came in to the locker room singing a song and happy as she could be, never mind that she only had three strands of hair left on her head or that her arm was mangled from the chemo or that she was dragging an oxygen tank. Needless to say I quit crying.

In 2006, my OB-GYN recommended that although I had previously had a partial hysterectomy, I should have my remaining ovary removed to protect myself against ovarian cancer. Once you have any type of cancer, you are at risk for developing other kinds of cancer.

I thank God for the people who were there to support me. My daughter, my neighbor Joan Howell, my colleague Catherine LaMarr, my sister Roz and my mom, who showed up just when I really needed them.  Another cancer survivor, Cynthia King took me by the hand and talked to me about taking care of myself. Then she took me to see her homeopathic doctor, Pramilla
Vishnavath who correctly diagnosed me with being severely stressed, overworked and overcommitted to everything except what God had told me. After just ten minutes with her, I knew that I had to make some major changes in my life. I like to say that, God can give you favor, even in the midst of cancer. It was this bout with cancer that forced me to reorder my life and make
God the priority. First I had to come to terms with the idea that I needed to honor the call God had placed on my life, second that Dad would need to be in a nursing home. Then I resigned from the boards I was serving on, left the Treasurer’s office, sold my house and went to New York to begin serving in ministry full time. Life is good. God is good. Ten years later I remain
cancer free.