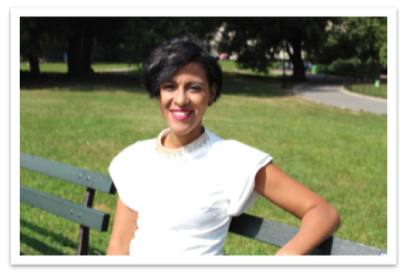 I felt totally responsible for changing their lives and was so overwhelmed with guilt. I was angry, ashamed, and very depressed about the situation. Vanessa’s doctor put things into a different perspective for me and said, “Let’s turn this around. You saved your daughter’s life. If we hadn’t known you were a BRCA carrier,
we wouldn’t have discovered Vanessa’s breast cancer for years and by then it could’ve been too late.” With those words of wisdom, I began to understand this did save my daughter’s life, however I still felt angry this was happening.

My daughter and I began our breast cancer treatments together. We became each other’s emotional and mental support. We were always there for each other at every chemotherapy session helping each other through it all. There were no support groups for men, so Vanessa convinced me to join her in a women’s breast cancer support group. This breast cancer experience has increased our bond in a very special way. It has transformed our father/daughter relationship into best friends. We compare notes about what we’re thinking and how we’re feeling at every stage, every month, every year.

In August 2014, my daughter felt a new lump under her arm. At first she thought it was a swollen lymph node due to her being under the weather. Each month that passed she said she could feel it growing and getting harder. She showed it to her husband because she became really concerned about how hard and fast the lump was growing. After he felt the lump, he told her to see the doctor immediately. Unfortunately, she had to relive her nightmare again. She was told her breast cancer
had returned in her armpit and had to have surgery immediately. Everything was moving at such a fast pace for her and I think she never had a moment to grasp she
was in this situation again. She was angry, because she felt she had done everything in her power to make sure she lowered her chances for a recurrence.

After the surgery, my daughter was told the sample of the cancer was taken to do an Oncotype DX test to see how aggressive the cancer was. They knew this time around, she had to do radiation but they were unsure if she should do a stronger chemotherapy. After she received the results, everyone decided it would be best for
her to do four treatments of the strongest chemotherapy, radiation everyday for six weeks and then 10 years on Arimidex. Vanessa was on her way of completing her
treatments, when in 2016, she discovered a new lump on the right side of her breast. Because she moved quicker, the cancer was discovered at Stage 0 and she only had to complete another round of radiation and continue with her Arimidex.

As of today, my daughter has completed all of her treatments and still has a positive outlook on life. I commend her for her strength and courage as a beautiful young woman, daughter, and wife. When speaking to others, Vanessa always mentions how I saved her life! I think we saved each other and we are so blessed and humbled to be able to tell our story and save other lives with spreading the awareness that MEN GET BREAST CANCER TOO!