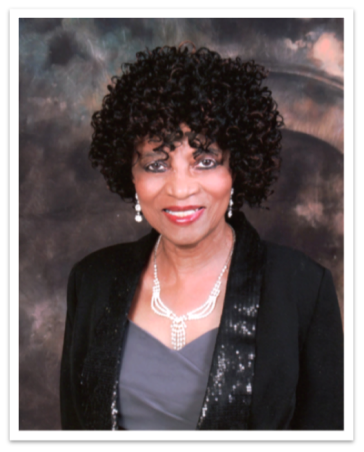 the Veterans Hospital in West Haven for eight years as a nursing assistant. One night while lying in bed I happened to rub my hand across my breast and felt a knot. I wasn’t too alarmed because I was always told that I had cystic breasts. Anyway, I went to the doctors and a biopsy was performed. The following week I was called to come into the office and was told it was cancerous. I didn’t panic as the doctors explained that I needed to have a left mastectomy performed with reconstruction followed by chemotherapy. My primary doctor was affiliated with doctors from Yale. I informed him that I had previously worked with all of the top surgeons for five years on the Yale surgical floor. Needless to say I had the best breast and plastic surgeons, so that gave me a lot of confidence.

After my surgery, I had an extender inserted inside the breast with a seal on it. This pinpointed the place where saline could be inserted once a week until the breast reached the desired size. It was a little painful, but I just sucked it up. The time came for chemo. I took a
pill four days a week, and on the fifth day I received the chemo injection, which gave me a sensation all through my body that lasted for a few minutes. The chemo pill I had to take would make me nauseous, but I realized that I had to force myself to eat something. I only
missed two days of work. I was determined to fight. My fingernails turned blue, I had brown spots on my hands and, worst yet, I started to lose my hair, which was long and thick. I would look in the mirror while combing my hair and was scared to actually comb it because large
clumps would come out. But I had a savior. My hairdresser at the time, Jackie Lanier, noticed my hair falling out. I told her it was because of the medicine I was taking, never telling her it was chemo. This young lady was awesome. She cut it down short, glued and sewed in some
“bad” hair styles that I always wanted – but didn’t want to cut my hair for the styles.  For 26 years I was in remission. Then, in October 2018, I started being bothered by an itch under my arm, which led to discovery of a knot under my armpit. I went to have it checked
out. The doctor ordered a biopsy, which showed it was cancerous. Turns out it was genetically the same cancer I had in 1992 that had been slowly growing. The doctor was amazed, as was I. But thanks be to God, treatment required that I only had to take a pill, Letrozole – no chemo or radiation. (I had previously taken Tamoxifen when first diagnosed.)  I never allowed myself to cry over the whole ordeal because I remembered a well-known cancer doctor’s quote: “Beating cancer is mind over matter.” That quote has stayed with me all of these years. God has truly blessed me. I retired from the VA Hospital in 2010 after a 36-year career.

I would like to convey these messages to other women: