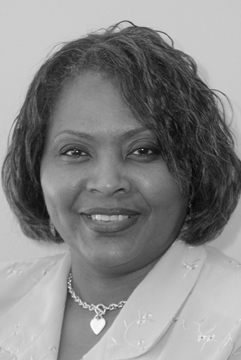 In February 2000 while taking a shower I discovered a lump in my left breast. I was devastated and I immediately thought of cancer. I almost lost it in the shower. I pulled myself together but I was bound in fear. I was deathly afraid to go to the doctor. I prayed to the Lord to remove this lump I was feeling. A lot of things were going on in my life at the time. I decided to put Myself on the back burner and wait on the Lord to remove this lump.

I had lost my only child Marcus, December 24, 1998 and I was still grieving his loss. My aunt was in the hospital for a procedure to undergo treatment for lung cancer. There were complications after surgery and she suffered brain damage and was in the hospital for ten months. My mother was suffering with congestive heart failure and she was very ill at the time. I wanted so desperately to talk to my mother about the lump I found in my breast, but she was too sick. I just could not bring myself to burden her with it, so I kept it to myself for a little while longer. I finally got up the nerve to tell my sister friend who lived in Virginia about this lump I had found. She was a nurse so I really felt she would tell me that it was probably nothing but a cyst. She encouraged me to go to the doctor immediately. But I was so afraid. There was so much was happening. Every day I had to get up and face this lump that was not going away. I actually dreaded facing each day. I wanted the lump to miraculously disappear.

My mother died 4/1/00 and my aunt died 6/30/00. I had to be there to take care of my mother’s arrangements and help support my cousin while she was losing her mother (my aunt) with arrangements as well. With all of that going on, I still did not tell my family. Finally in August 2000, I decided to take care of myself. The thought that it could be cancer frightened me to no end. I literally had to get on my face and give this to the Lord. I prayed and said “Lord, I place this at your feet”. I must have repeated that at least 100 times. Finally He told me in a still voice, “Your body will be made whole”.

I made an appointment with my doctor in August and he scheduled an appointment for a mammogram. He said it could be a fibrocystic cyst I was feeling. After the mammogram, I was given two surgeons to choose from. I made the appointment and he looked at the mammogram and did a needle aspiration to see if cancer cells were prevalent. I did not even want to hear the “C” word. He scheduled the surgery the following week in September 26, 2000. He told me I would need treatments afterwards. I still was not accepting the report. I saw an oncologist and a radiologist and treatments were scheduled to take place in October. They were excellent in explaining how the procedure was going to work. After my first treatment of chemotherapy, in about a two week period, I started to lose my hair. I prayed to God that He would not let it devastate me watching patches of my hair literally fall out. For a while I did not want to comb my hair.

I went through six months of Chemotherapy every three weeks. I went for radiation everyday for seven weeks, Monday through Friday, except weekends. If it wasn’t for my God, the doctors, my family and the treatments, I wouldn’t be here today. I was in stage two and of what is was called “infiltrated duct carcinoma”. I went through a lumpectomy and I had 17 lymph nodes removed and only one was affected. I am healed and made whole. How do I know? Because my God told me so, and He is not a God that would lie. Everyday I stand on His word. I want to encourage all women to take care of your bodies. If you detect anything abnormal, go immediately to the doctor and get an examination. Do not be afraid. “An ounce of prevention is worth a pound of cure”. With regular check-ups, early detection, and treatments, breast cancer no longer has to be a death sentence.