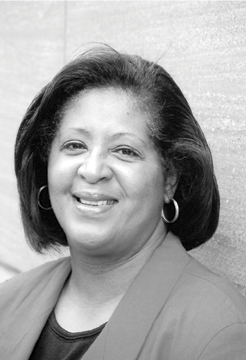 My Name is Brenda Tyson. I’m one of Jehovah’s Witness since 1989. I was born and raised in New Haven, Connecticut, and moved to Hamden about 30 years ago. I am a former SNET employee. I started at SNET on April 22, 1968 during my senior year at Wilbur Cross High School. I took the early retirement from SNET in 1995.

Throughout my years at SNET, four of my coworkers were diagnosed with breast cancer as well as other forms of cancer and one died. My mother Marion Hammie also developed breast cancer and passed away in July of 1995. This was always a big concern of mine so I made sure I kept up with my yearly check-ups and doctor appointments.

In October of 2004 when I went in for my yearly check-up, I noticed the technician taking a little longer than usual with my X-Rays. When she asked me to take another, I became a little worried but forgot about it later on that day. The following week I received a call to come in and take some additional X-Rays and an Ultrasound.

My Doctor scheduled me for a biopsy in November 2004, and it came back positive. I had breast cancer! All sorts of things went through my mind. Did I get it from my place of employment? Did I inherit it from my Mother? Was it from all the wrong foods Iate?

So in December 2004 I had surgery to remove the cancer. My Doctor removed a 5-centimeter cancerous cell and suggested that I take chemo and radiation. I decided against it at this time and opted for a healthy diet regimen and exercise. As of June 2005 I have lost 22 lbs and I’m progressively working on losing more.

I give thanks for the help of my husband Joe, my 9-year-old granddaughter Onesha, my son Joseph, my blood sisters and brothers as well as my spiritual sisters and brothers in the Hamden Newhallville Congregation. They have encouraged me beyond words. I thank Jehovah God with all of my heart for giving me the strength to endure in this difficult time.