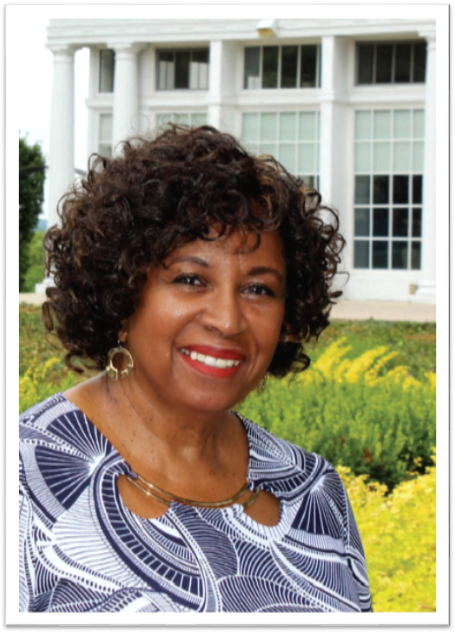 that was okay and ordered her nurse to schedule me for one immediately. Second, one week later my oldest daughter had a stroke and I scheduled a trip to check up on her. Third, the day before I was to leave I was going to cancel my mammogram but my co-worker advised me to keep the appointment. And I did. While I was visiting my daughter, I received a message from my primary care doctor telling me I needed to come in for the results. Prior to these events, I had spent years getting second mammograms and opinions because of what was determined to be dense breasts. So of course I did not worry.

When I returned home, I called my doctor to get the results. She said they found a suspicious lump and I needed to have a needle-guided biopsy. We scheduled the
test. To my amazement, the results tested positive for cancer in my left breast. When I received the news, I did not panic; nor did I cry, or worry and I did not tell anyone for four more days. Though I knew it was not a good diagnosis, I felt a sense of peace that God would take charge and it would be okay. I was scheduled for a lumpectomy and other tests to determine if the cancer had spread in early March. It had spread to one lymph node but the prognosis was still good. So now I needed to begin chemotherapy as soon as possible.

When I met with the surgeon and oncologist, I explained that I had planned a two week annual trip to St Maarten in late May and wanted to postpone chemo until then. They both seemed surprised but I refused to miss my trip. So off to St Maarten I went with my chemo to begin when I returned. I had planned to have chemo on Thursday, be sick on the weekend and return to work on Monday. Well, I did just that but by that first Sunday I was extremely sick and could not get up. The cycle continued until November when I completed the chemo. I started radiation in January 2012. I remember the nurses telling me that the radiation might make me dizzy and my response was, “Nothing can be as bad as chemo.” I made it through and have been cancer free for over seven years.

Through it all, God kept me at peace and in good spirits. My beloved husband was by my side day and night granting my every wish and taking me back and forth for
treatments. My children, family and friends kept me in prayer and called or visited regularly. Pastor Keith King prayed for me and showed up at my house one day with Edible Arrangements and conversation that lifted my spirits. My employer (I had started in September 2010) kept my position open for six months and my supervisor would call me on my “good” weeks just to chat and let me know he was thinking of me. I feel so blessed to have made it through this experience but I know only God is responsible for my well-being and where I am today. The journey was rough but with God and the prayers of my family and friends I made it and I know I am blessed and highly favored.