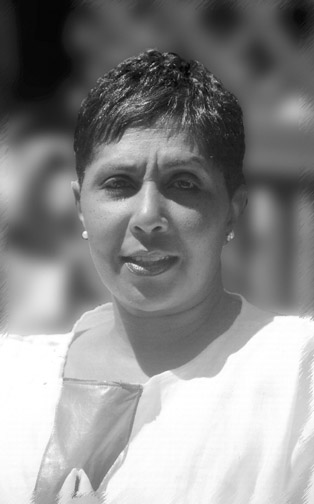 My name is Deborah Stanley and I am 51 years old. I am a native of New Haven. I am also a proud mother of one daughter, Erica. I have worked in the New Haven School System for more than 30 years.

In September 1999. I went to my medical doctor for my yearly physical examination. During this exam, he discovered a small lump in my left breast. He referred me for a mammogram. While the technician was doing the mammogram, a white milky substance began to leak from my left breast. I was asked if this had happened in the past. I informed the technician that this had never happened before. Immediately, I was overwhelmed with fear. In October of 1999, I had my first biopsy and discovered I had Pappilomas which are cysts. I had the Pappilomas removed in a one day surgery. My doctor informed me that she only dealt with a few women with the same condition. I was watched closely by my doctor and was evaluated every six months to monitor recurrences. Within a two year period, I began getting a burning sensation in my left breast. A mammogram, ultrasound, and a biopsy were unable to detect anything. I was persistent and told the doctor that something was truly wrong. I was not sleeping and having anxiety attacks and, additionally, the burning was continuing in my breast. I requested to be put on hormonal medication. I was told that, before hormonal medications could be prescribed, a deep tissue biopsy was required.

In April of 2002, I had the deep tissue biopsy which found cancer. I was extremely lucky that the cancer was detected when it was. The cancer was so embedded that it would have grown inside of me for another year before it would have been discovered through a mammogram. It was also very large in terms of centimeters. I decided that I would have a double mastectomy, although the cancer was only detected in my left breast. After surgery was completed, I went through six months of chemotherapy and six weeks of radiation.

My advice to women is to be in touch with your bodies, be persistent, and follow your gut feelings. Ultimately, schedule mammograms and do not put your health on the back burner. I want to thank God for blessing me and sparing my life. This journey has taken its toll on me emotionally and physically. However, this journey has also made me appreciate life and grow more in faith than every before. I had an incredible support team of family and friends who I want to thank. I love them all so very much.