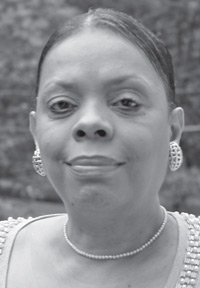 Every day women hear the words, “You have breast cancer”. These four words will change your life forever. I was diagnosed with cancer on August 14, 2007. It was the day I entered the world of breast cancer. I cried and my head began to spin. I thought about my parents who both died of cancer. You ask yourself “Why did this happen to me? Was there something I could have done or should have done to prevent it?” I remembered all the sad stories I heard about chemotherapy and radiation.

My journey may have begun in November 1996, when I went for my yearly mammogram. At that time, I was told that my breast had calcifications in them. I wasn’t familiar with that term. All of the medical professional people I talked to told me not to worry. They told me calcifications never cause breast cancer. Every woman has them at some point in their life. When I had my biopsy I wasn’t worried. The results could be benign or malignant. But when I was told that I had breast cancer, I began to worry. I wasn’t prepared to hear the results.

I had waited four long days when the doctor called with the results. She told me very coldly and without compassion that I had breast cancer and what was I going to do about it. Needless to say, I changed doctors and hospitals immediately. Although I was the one who had breast cancer I was never alone. It quickly became a family affair. By the grace of God they helped me through this walk and they were with me every step of the way.

After the initial shock wore off I began to fight the toughest fight of my life. I researched and read everything I could get my hands on about this disease. My sisters said I became obsessed. I began to realize that breast cancer has its own dictionary. You add new words to your vocabulary; words you thought you would never use. They become familiar and creep into your everyday conversations. Saying the words “breast cancer” out loud, would always bring me to tears.

So now my new journey began. All of the doctors’ appointments, MRI’s, biopsy, ultrasounds and other tests were a real challenge for me. Before my diagnosis I never went to the doctor unless absolutely necessary. As many cancer patients know, time is not on your side because you have to make major decisions in a short amount of time.

I would like to mention the competent and professional staff at the Bryn Mawr Hospital Comprehensive Breast Center, where I received my treatments. This center is on the cutting edge of the most recent treatments of this disease. Because my breast cancer was diagnosed at an early stage, I was a candidate for the MammoSite Radiation Therapy System, which is a form of radiation following a lumpectomy. You receive a treatment twice a day for five days. Even though the treatments were within a short timeframe, they still left me exhausted. My treatments were completed. It was a happy day when my doctor said I didn’t need chemotherapy.

During this very difficult period in my life there were angels who were with me every step of the way. They are Trudy and Michael Taylor, Shirley and Gregory Holt, Nora and Calvin Price, Carol Brown and Gail Hunter. I would like to say a special thank you to my cousin Nora Price, a six-year breast cancer survivor, for her support and inspiration. I have three sisters; my oldest sister, Catherine Cabell, is a nine-year breast cancer survivor. Close to my life are my three sisters and two nieces. My hope is that they will never be touched by breast cancer.