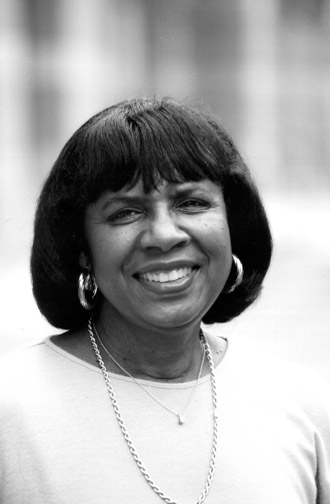 I am a 15 year breast cancer survivor. I reside in North Haven, Connecticut and have been married to my husband, Bill, for 41 years. We have two children, Darcy and Keenan and we are the proud grandparents of two, 8 year old Jonet and 6 month old Loren. I am a recent retiree of Computer Science Corporation in Meriden, Connecticut, as a member of technology Staff A. I am also a retiree of the former Southern New England Telephone Company (SNET), which is now SBC.

As a result of self examination, I discovered a lump in my left breast. I called my physician and he scheduled a mammogram. The lump was not seen by the mammogram, so he immediately made an appointment for me to see a surgeon. The surgeon said it was a cyst, he recommended that I come back in six months because he did not think it was cancerous. I left his office smiling and very much relieved, but as I walked to my car I said to myself: “This is my life! I am not waiting. I’m going to get a second opinion.”

I met with Oncologist Dr. Martin Katz and the first thing he asked was if my hair was my own. If so, he said, I was going to loose it. I also met with a plastic surgeon Dr. Stephen Flagg to discuss the procedure for breast reconstruction. And on March 11, I had surgery for removal of my left breast and, as a precaution, numerous lymph nodes were removed from under my arm. They were negative.

I felt as if I had a disease that no one else had. So, at the time, I only told my immediate family and my supervisor. I did not want to discuss it with anyone, but somehow the news traveled and the phone started to ring. Everyone was very supportive, but I couldn’t talk about it. I had chemotherapy once a month for eight months. It was successful and I did not loose my hair.

I thank God for watching over me. Thanks to my family, especially my husband, Bill, who has been beside me all the way and to my dear friends, and to the persons I did not know who came up to me and said that they were praying for me. I thank you all.

In April of 1996, cancer struck again. I informed Dr. Engina Vinning, an ENT specialist that my voice sounded hoarse and sometimes just a whisper. I did not have a cold, cough, or any discomfort. A Laryngoscopy was performed and a nodule was discovered on my thyroid. A biopsy was performed and I immediately had surgery. I had two Radiation Iodine treatments that required my being quarantined in the hospital for up to two and a half days. In April of 1999, the cancer returned again in my throat. After surgery, it was necessary to have seven weeks of radiation therapy, five days a week. I thank God that my doctors were all knowledgeable and reliable, that they were able to save my voice. And thanks to them, Doctors Paul Alberti, John Fredico, Barr Forman and Robert Sinha all of St. Raphael’s, my cancer is now in remission. I thank God every day when I awake.