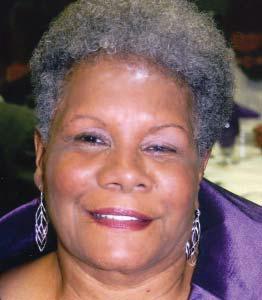 My name is Gwendolyn Chambers Brathwaite. I was born in Pittsburgh, Pennsylvania. Icurrently live in Brooklyn, New York with my husband Wilbert. We have two children, a sonand a daughter – Stephen who is 36 and Carla who is 30.

My journey started In April 2006. I went for my annual mammogram check-up and learnedthat I had breast cancer. The radiologist at Manhattan Diagnostic Center showed me a white area on the film and said with my family history it was most likely breast cancer.  My Mother had been a 13-year breast cancer survivor. She developed colon cancer which subsequently took her life. I have both an aunt and a cousin with breast cancer and abrother with prostrate cancer. Two of my mother’s first cousins had lung cancer.  The following week I returned to the Diagnostic Center for a biopsy which confirmed that I had breast cancer. I was sent to a surgeon to be operated on.  The surgeon told my husband and me that the cancer cells were aggressive and move fast.  My journey started from that time until now.

On May 31, 2006 I was operated on and had a lumpectomy. On June 5, 2006, I started chemotherapy which continued for 52 weeks. Then in December, 2006 I started eight weeks of radiation. I was also put on Arimidex which caused me to have excruciating pain.  So my oncologist stopped the Arimidex and put me on Tamoxifen, which I still take.

I continued to work throughout the entire time of my treatments. I continue to see mysurgeon regularly and have follow-up mammograms every six months. It’s only through God’s grace and mercy that I was able to function. My husband went with me every Friday for my treatments.  That support was a blessing. I can never give God enough praise for what he has brought me through.

I’m still on my journey but God is good all the time!