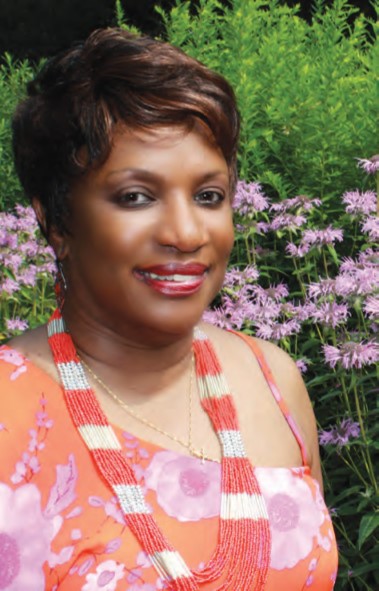 he had to refer me to a surgeon as my mammogram was not clear. I was very upset. I went to the appointment and the doctor told me to come back in six months to see if anything was different. This continued every six months until April 2000.

I never work on my birthday. That April day I was taking my shower and noticed a lump. I immediately called my surgeon, who told me to come in at 2 p.m. My body went limp. The wait seemed forever. Finally we entered his office. We talked and he said, “I am going to do a needle biopsy on the lump.” He would have the results within 24 hours. I was in a lot of pain
after the biopsy. The doctor called me the next day and explained that the results were negative. I felt happy and expected the lump would go away. It didn’t. I became more impatient and nervous as the months went by. Finally I called the office and explained my concerns to his assistant. She told me he was on vacation and made an appointment for me to come in
on July 26, 2000.

My appointment was in the afternoon, so I went to work that morning. I could not focus; all I could think about was my appointment and that I was not going to leave the doctor’s office without an answer.

As I entered my surgeon’s office I saw my mammogram films on the screen. I looked puzzled. He stated that I should sit down. I lost it and began crying. He held my hand and said, “I am going to have to do another biopsy of the lump,” and he started to make the appointment for the procedure. “No,” I said. “I am always tired and I am sleeping more than 12 hours each day. I have no energy and that is not normal for me, so I need to have it done today.” He called the hospital and made the arrangements. This time, the biopsy was going to be done by numbing the area and
removing the tissues needed to get the results.

On July 29, 2000, my surgeon’s office called, explaining that I should come to the office and bring someone with me. I knew then it was positive. I left work but did not bring anyone because I was sure that my prayer would be answered that I could handle the outcome, whatever it was. The result was positive. I met with my oncologist and radiologist the same time that I was told the awful news that I had breast cancer at age 47. No one in my family had cancer on either my maternal or paternal side.

I had a lumpectomy on August 6, 2000. My surgeon included the sentinel node where mercury was injected into my breast two hours before to show which nodes were possibly cancerous because of drainage from the tumor. The tissues were removed and one node came back cancerous. On August 22, 2000, I had the node dissection surgery and all the other nodes under my
right arm were removed which came back negative.

The support outside of my family was from B’CAUSE (Breast Cancer Awareness Uniting Sisters Everywhere), which is an African-American breast cancer support group. Since those members had been through cancer they were able to prepare me for both chemotherapy and radiation. I had eight rounds of chemo and seven weeks of radiation. I had so many questions. I asked God, “Why me?” Through all my struggles God has been my strongest support. Psalm 91 was my guide and refuge when I was in my deepest and darkest times.

Having cancer has made me stronger and I understand that ‘knowledge is power,’ because it is better to know what you have so that you can seek treatment. So always get your annual physical, your mammogram, and continue your self-breast exams. It is imperative to know your own body.

I know that God is in control and I am truly blessed; and I know God has spared my life. I thank Him each day. So with this new chapter that I have been given, I try to pass it forward and to encourage other women. Having cancer is not a death sentence, it is a journey;  through the fear and the pain, there is hope, so cherish these precious moments.