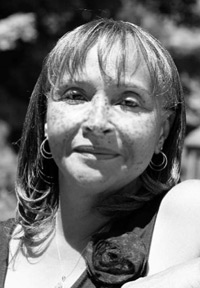 In 1988, my Head Nurse, Elsa, who had been diagnosed with breast cancer the year before, was on a crusade to have her nurses get a mammogram. At that time a woman could get one under the age of 40. I went to the Yale mammography van and had it done. I then went on vacation with my husband and two daughters.

When I returned from vacation there was a letter waiting from a doctor at Yale New Haven Hospital. The letter stated my mammogram had shown some suspicious areas (calcium sites) in my right breast and that I would need some follow-up. A needle biopsy showed ductal carcinoma in situ. It was small, less than a centimeter – like Mrs. Nancy Reagan’s. It was so small that it would have been a long time before I would have been able to feel it.

Dr. Andrew Graham – the surgeon – discussed with me the options of having additional surgery or not. I could do nothing and watch it closely since it was a slow grower; I could have a lumpectomy with radiation; or I could have a mastectomy.

I sought a second opinion and was given the same advice. I felt betrayed by my body! All I wanted was the cancer out! So on Halloween Day, I had a right modified radical mastectomy with saline expander for an implant. My lymph nodes were clear and the tumor was not estrogen receptive. I needed no additional treatment.

Cancer is a life-changing occurrence. The emotional scarring is almost as bad as the physical scarring. I had family and friends as support, but no one came from Reach for Recovery or such. I prayed; we all prayed. The scriptures Isaiah 53:5 and Psalms 121:1-2 were a comfort to me.

The first breast implant had to be replaced because it encapsulated in the first year. The new implant stayed until 2006 when the saline around the silicone leaked. I experienced implant leaks, hematoma and a staph infection. The last surgery was June 2008 for a ruptured implant. It is in place but changing. During my journey, I have also had three plastic surgeons.

I get a mammogram and see Dr. Graham annually every Halloween. I give God an extra thank you and praise. In April 2010 I had a BRAC gene analysis done and it was negative. This is great.

Mammograms do save lives with early detection. I am so glad I had one at 38 years old. I am now a 21-year breast cancer survivor!