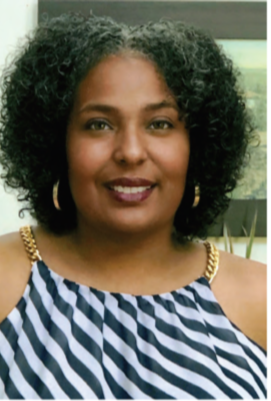 company was purchasing my husband’s employer and our insurance plan would be changing by the end of the year. So, my husband had to have a current physical on file. Since I worked full time as well – and had the option of having coverage through my job – one of the stipulations for staying on his insurance was
that I needed all of my well visits completed by the end of the year. If I didn’t comply, they would charge him an additional $50 per pay period. It hardly seemed like much, but I was annoyed with this new regulation. So, I booked all my routine appointments, including
my mammogram, all on the same day so I only had to take off one day of work.

My day started as a regular day. I saw my general practitioner first thing in the morning, then my OB an hour later. I treated myself to breakfast at IHOP and traveled to my last appointment for my yearly mammogram. Up to this point, I was annoyed that I had to squeeze everything into one day to get it done before the end of the year, but I was making the most of my day. When they called my name, the receptionist told me my doctor accidentally checked the box on my order for a 3D mammogram that wasn’t covered by my current insurance. They said I had to schedule another appointment if I needed a different order from my doctor for the regular mammogram. I was annoyed
again. I didn’t want to schedule another appointment or get a different order from my doctor, so I decided to pay out of pocket. I remember laughing to myself because the out of pocket cost was $50. I couldn’t help thinking, “I can’t get away from this stupid $50.”

Two days later I received a call to come in for more pictures. Long story short, my tumor was undetectable by the traditional mammogram and would have gone unnoticed by me for at least another year due to the position. This “accidental check mark” by my doctor, along with my being too lazy to come back for an additional appointment, not to mention that $50 I was destined to pay, led to the discovery of an irregular mass that the 3D imaging picked up right away.

Exactly one week later the biopsy determined I had triple positive invasive ductal carcinoma, Stage 1, Grade 3 aggressive. It was December 15, 2016 and our children would be coming home from college that Saturday for the Christmas holiday break. My husband and I would have to tell them that weekend because of the amount of appointments that the oncologist set up for me right up to the Christmas holiday and again right after. There was no stalling.  Sitting down with our children was the hardest thing we’ve ever had to do. We caught it early, but the
treatment would be aggressive.

One month to the date of my biopsy, I had surgery to remove the cancer that was attempting to invade my breast. Exactly one month after that I began chemotherapy. I completed AC over a three-month period, then 16 rounds of Taxol and one full year of Herceptin. I also completed 33 rounds of radiation. Also, because of my triple positive status and the presence of estrogen that was now an enemy of my
body, I started Lupron injections every three weeks.

My oncologist also recommended removal of my tubes and ovaries. Unfortunately, after going back to my OB in November 2017 to find out about removing tubes and ovaries, I was told I would need to undergo a complete and total hysterectomy. I had large fibrous tumors (quite a few) in my uterus.  During this time, I was taking Tamoxifen as well, so my medical team decided we wouldn’t take any chances and just remove everything. I completed my Herceptin treatments in April 2018 and checked into the hospital for the complete hysterectomy in June
2018 when my body was well enough to undergo a major surgery after all the chemo.

It has been a long three years, but I made it through even when I thought I could go no further. My family at home, my work family, and my
support circle (who are indeed family) refused to let me walk this journey alone. I am thankful to God everyday for the life I live, and for the people placed in it. I am a fighter. I am stronger. I am a survivor.