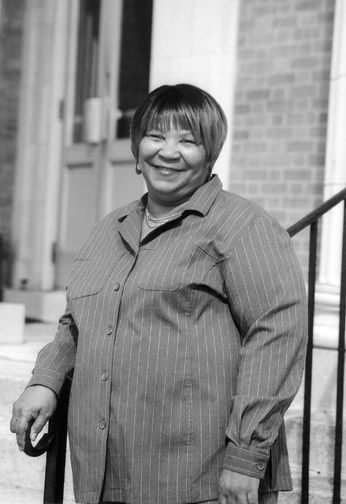 I am a native New Havener, and mother of two daughters, one living and one deceased. I also have three grandchildren.

I first discovered that I had breast cancer in December of 1996. I went for my annual mammogram. It was then that the doctor discovered a lump in my left breast. I was told to have a biopsy. I then received the call from my doctor telling me that I had cancer.

I was shocked! I didn’t want to believe that I had cancer. I had a lot of family and friends supporting me, especially my cousin Jeanett and my friend Linda. So, by February 1997 I had surgery. I had a lumpectomy. The doctor told me that my cancer was in the first stage, but suggested that I have radiation and chemotherapy. I thank God every morning when I wake up because three women who underwent the same treatments as I did are no longer here.

I advise all women to have a mammogram once a year because had I not went for my yearly exam, I might not be here today. As a breast cancer survivor, I can tell you that early detection is the key.

Thanks to Molly Myer and Dr. Farber at Yale Health Plan and special thanks to Jehovah God for keeping me here.