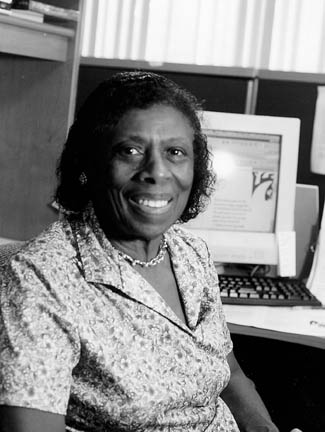 My name is Mabel Johnson-Draper. I was born and raised in West Haven. I was married to my dear husband, Oscar, for 40 years. He passed away nine years ago with cancer. I have a daughter, Sandra, and a son, Donald. I work daily at my church.

When I get home, I have a habit of relaxing in my recliner for a while, before doing anything. I have two cats who like to relax with me on the back of my recliner. This particular day in June, one of the kitties, Rockie, decided to run down my shoulder to my lap. As he ran over my chest, I felt this pain somewhere there. After examining the area, I felt A lump. I immediately called my physician and he made an appointment to see him right away. He then made another appointment for me to see a surgeon. She did a biopsy and a CAT scan was done. She said that the lump was cancerous and had me make plans to be admitted to the hospital.

To hear the word, cancer, after having lost my beloved husband with the same disease did shake me up a bit. I knew, however, that the Lord was with me and He would help me through it all.

I entered the hospital on that Thursday. Surgery was done and the surgeon told me that they did a lumpectomy and had removed all of the lymph nodes on the side where the lump was. My appointment with the surgeon after surgery was very positive. The lymph nodes were all negative. She explained that the kitty cat should be thanked for discovering that lump. My mammogram was not due until November and this was only June. A suggestion was made to “feed that kitty lobster, instead of tuna fish.”

It is two years now and all is well. With God’s help, my family, and my church family and friends, I know all will be well! I do breast exams every month, but did not discover that lump. It is a miracle that it was discovered by my kitty. Mammograms must be taken by women over 40 years of age. The best defense against this horrible disease is early detection.