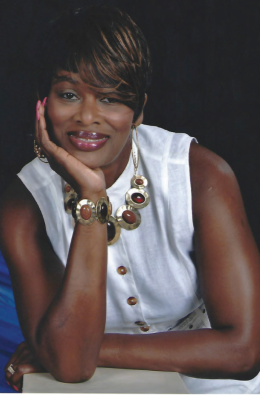 5-year breast cancer survivor. I was diagnosed with breast cancer on May 19, 2015. I will never forget that day.  When I got the call, I was visiting with my dad as he recuperated in a nursing home. He was fighting prostate cancer and I was his guardian and caregiver. Wow! Not only did I have him to worry about, but now I had me to worry about also. He too worried about me because I was his first-born and only daughter.

My breast cancer journey actually started a few weeks before near the end of April 2015 when I found the lump in my breast. I wasn’t worried or scared as I had always attended all my annual examinations, which included mammograms and sonograms. Starting in 2007, I did both a mammogram and a sonogram because I was told I had dense breasts and the combination of both exams was best at detecting breast
cancer in dense breasts.

In addition, all my previous test results had always come back negative, including the latest results that were taken eight months earlier. After finding the lump, in my mind I was thinking, I’m going for my annual examination in two days and I will let the doctor know
that I think I felt a lump again for the hundredth time.

During my examination, I knew things were going to be different this time. I needed to get a mammogram and sonogram as soon as possible. Well, during those exams, the radiologist asked if I ever had a biopsy. Right then and there, I knew something was wrong.

I had my biopsy on May 15, 2015 and was told I had a diagnosis of Stage 2 breast cancer on May 19, 2015. All I remembered hearing were the words, “Cancer, Non-aggressive and Stage 2.” There were other words and a short conversation but I think I zoned out after the word “cancer.” I told my dad and called my fiancé to give him the news. I tried to remain strong for both, especially my dad. I was
a daddy’s girl and now his little girl was in a battle for her life.

My fiancé, my son, and I met with the doctor the next day to discuss my diagnosis and determine a path of treatment. Before my cancer diagnosis, I had always said, “If I ever have breast cancer I would remove both breasts. What’s the big deal?” Well now it was time to put my money where my mouth was. I had asked the doctor, if she were in my shoes and given everything she knows, what would she
do? She said she would get a lumpectomy because 50 was still a young age, the cancer was nonaggressive and it was Stage 2. The doctor explained all the various surgical treatment methods such as lumpectomy, mastectomy, double mastectomy, etc.  We all asked various questions to put our minds at ease.  Both my son and my fiancé told me the decision was mine and to do what’s best for me and
what I could live with. I came home, did my research and did not tell anyone until I had come to a decision about my method of treatment. I did not want anyone influencing my decision. Once I had made up my mind, I told family and friends.

I elected to have a double mastectomy even though the cancer was only in one breast. I planned on doing this treatment only once and was not leaving the other breast up to chance. During surgery, cancer was also discovered in a few lymph nodes under my left arm and those were removed also. I had to endure eight rounds of chemotherapy and six weeks of radiation. Radiation was five days a week for six weeks. January 29, 2016 was my last radiation treatment. My dad passed on February 20. He lived to see his baby girl kick cancer’s butt. I
think he was at peace knowing I was going to be OK.

Through the grace of the Almighty God, the Westchester Medical Group staff, my caregiver, Bill Barnes, family and friends, I AM A SURVIVOR!

I now encourage all women to get their annual examination and pay attention to their body. Breast cancer does NOT have to be a death sentence.