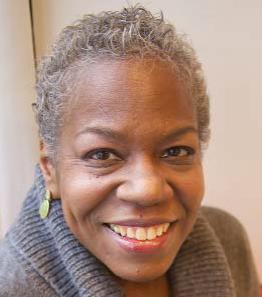 My Name is Sharon Gayle

Hello. I am a two-time breast cancer survivor. My first brush with cancer came in 2008. One night before going to sleep I decided to do a breast self-exam. I had previously been hospitalized for a month and a half due to a bi-polar depression episode and for the first time in 3 years, I missed my scheduled mammogram. To my dismay, I discovered two rather large lumps in my left breast.

“Where did this come from,” I wondered. Despite my bi-polar issues I was never one to procrastinate with health problems. So after a sleepless night, I called one of my best friends the next morning, whose step-sister worked at Sloan Kettering and asked what I should do.

“Call Dr. Van Zee right away,” was my friend’s step-sister’s (and soon to become a part of my support system) response. I tried to get an appointment but they wanted to see films. So I called my primary care physician who saw me that day and scheduled an ultrasound mammography. We were off and running. Within three days I saw the surgeon. She examined me by hand, looked at the films and point blank said, “It is breast cancer.” Taken aback at the bluntness of her proclamation I asked, “How on earth do you know?” She responded, “I have examined thousands of women and at least 50 a week currently, and I know cancer when I feel it.”

I didn’t mention that my primary care physician said pretty much the same thing just in a gentler way.

After much discussion, we decided that due to the size and number of the lumps (only two – but a quarter of my breast!) a mastectomy would be the best choice.  I got through the surgery okay. I wasn’t in as much pain as I thought and although it was traumatic losing a breast, Sloan Kettering did everything they could to make patients feel like a woman afterward, including almost mandatory attendance at a Look Good/Feel Better makeup session just one day after surgery.  I hate to admit it, but tons of free high quality makeup did make me feel better –I don’t know about the looking good part!

Chemo kicked my butt, but luckily, only every three weeks. While I was getting chemo, I had a household to manage and 7 year-old twins, along with making sure I took my bi-polar medicine every day, no matter how much it added to the fatigue and bone pain I felt. One of the nice things I did for myself while I was on chemo was to join an organization called Chemo Angels.  You were given

an “angel” who wrote you a card or sent you little beautiful but inexpensive presents every week or so. I had the “angel” of life!

Every other day during my chemo I got a card, a fancy pen, or a little angel and she encouraged me to e-mail her and let her know not just how chemo was going but the worst of it – she said her purpose was for me not to hold in any “mental poison” (I had enough regular poison to deal with)! She was phenomenal! And of course I relied on my friends who really got me through.  Each one had a countdown of when they would help out. Lots of people went with me to chemo or helped me with the kids. I bless them all and they know who they are.

Fast forward to 2010: I was ready to be declared “Cancer Free” and start a new chapter of my life when wouldn’t you know it, the cancer returned in the breast tissue the surgeon had left to do the breast reconstruction, and in the very same spot! This time the surgeon and my oncologist left no stone unturned. I had a lumpectomy around the breast implant; I had a year of chemo and 35 sessions of radiation. When I look back, I have had every treatment possible to prevent of cancer from returning for a third time.

Radiation was the hardest to get through because it involved travel every day and discomfort toward the end. The second round of chemo left me with permanent nerve pain in my back and legs for which I take pain medication around the clock. Right before my  second discovery of breast cancer, my left arm where I had surgery permanently remained swollen in a condition called lymphedema, and I still battle the onset of depression without  my meds every day.

This year, 2011, my life took another bitter turn when my husband of 20 years was stricken with cardiac arrest.  He is confined to a nursing home with limited sight and mobility.

However, if it hadn’t been for my medical ordeals, I wouldn’t have been able to make the right decisions for him, to fight when necessary or know how and when to focus on keeping my own spirits up.

Through it all, I have learned how absolutely profound the connection is between the human spirit and faith. I don’t understand how some people get through cancer without a deep faith in something, but I know people who do. That is not me. Faith is the very core of my existence. I have practiced Nichiren  ShoShu Buddhism for 28 years and my life gets better and better. This experience with cancer has made me examine my life, my attitude and my actions, and made me try to be a better mother, a better friend, a better wife and, most of all a better person. I have come to really understand how precious life is, how important it is to really not sweat the small stuff.  I have learned not to let anything or anybody  push me around. Most of all, I have learned that faith–whatever one’s faith may be – is the trust to get up every day and make it count.  I am learning how to make every day my best day and to be extra thankful for what I’ve got. And when you look at my life through my eyes you don’t see a bunch of troubles; instead you see a bunch of opportunities to make life more interesting, more fun, and more secure than ever.

Bless all the survivors out there and the friends and family who protect them and help them make every day count!