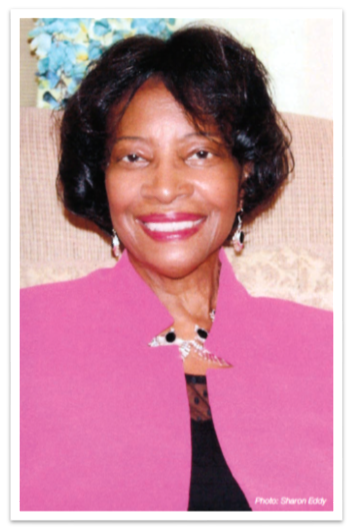 I have always felt blessed. I moved to New Haven in 1961. I was 18, had just gotten married and was moving to the big city. I have been
blessed with two daughters (Theresa Murphy & Deborah Connor). From my second marriage I gained two more (April & Lee) giving me four children. I have six grandchildren.

My first experience with cancer was in 1968 at the age of 25. I was diagnosed with cancer of the vocal cord. During this time my family was told
that I had approximately six months to live. My mother traveled to New Haven and told the doctor that they were not going to tell me this. Thank
God I had a praying mother. My mother would quote over me, “God has a plan for you.” I wasn’t familiar with the medical terms and technology during this time so fear was not upon me. After several treatments of radiation with no major complications I fully recovered.

My first husband died a tragic death. In 1978 I married my soul mate, who also died after 35 wonderful years of marriage in October 2010. In October 2015 I was diagnosed with malignant neoplasm of the left breast (Stage 2). On November 2, 2015 I had a S/P lumpectomy. This was the only time during this process I was not
aware as to what was going on because I was under anesthesia. I was admitted to the hospital for an overnight stay for monitoring of the J.P. Drain that had been inserted. While recovering after surgery it is important to manage pain and rest in order to increase healing.

I never accepted that I had cancer knowing that Jesus lives in me and I in Him. No sickness or diseases can live in Christ. Isaiah 53:5, “But He was wounded for our
transgressions, He was bruised for our iniquities; … And by His stripes we are healed.” NKJV. I knew I had to stay positive during this process. I limited discussing
my diagnosis with people. I refused to speak about it. I quoted healing scriptures over healing scriptures over my life daily.

My oncologist told me I needed chemotherapy and radiation therapy. This was a journey I did not want to take but I knew God was with me. I would need
11 treatments of chemotherapy and maybe radiation. I said, “No, I don’t need any.” The doctor got up from his chair and walked out of the room. He
later came back and said to my daughter, “What are we going to do with her?” “After 50 years I must keep her,” she replied.

The next morning I received a phone call from the oncologist. He had been up during the night reviewing my chart about the treatments from 1968.
I said to him, “I’m sorry doctor that you were kept up last night. I slept very well as I gave the matter to God because He never sleeps nor slumbers.” During
the conversation he mentioned that he would consider giving me four chemo treatments plus radiation. I did them all. My daughter told me that I
was going to show them how to go through this gracefully. And I did. During my treatments I did not experience a rough time – no vomiting, no nausea. I
did experience hair loss and weight gain. After each chemo treatment I was given a Neulasta shot the following day to reduce the incidence of infection. I
drank six or more bottles of water every day.

Due to my strong faith in God, my awesome support team/anchor, my two lovely sisters (Clara Harper and Esther Hiett), my daughters (Theresa and Deborah), my son-in-laws (Barry Murphy and Derwood Connor), some of my nieces and nephews who willingly offered to take me (and some did) to my appointments, I got through this journey and I am so grateful. They took care of my yard and did whatever they felt was needed. My dear church family, The Life Church, and my Pastor Bill and Sharon Motley were also a part of my support team and were there for me on this journey.

My passion is teaching healing to individuals who want to walk in divine healing. My spiritual gift is praying and laying of hands. I’m not in remission; I’m on a mission.