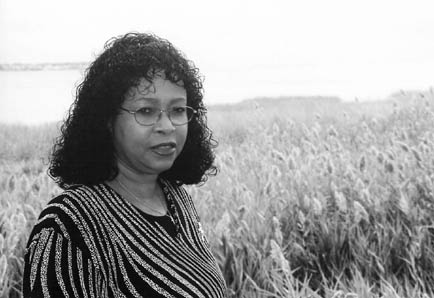 My name is Shirley Allen. I live in West Haven, Connecticut. I have been married to my husband, Willie, for 36 years. We have two sons and six granddaughters.

I had been performing self-exams regularly and continued to notice a tender area in my right breast. During several visits to my doctor, needle aspirations were performed. I was assured that everything looked fine. On another visit, I was seen by a different physician and, after the exam, was told that the uncomfortable needle aspiration would not be necessary because the last two were negative.

However, a short time later, I received a letter from my original doctor urging me to follow up with a biopsy, regardless of the previous aspirations. And not wanting to go through such a procedure, I decided that everything would be fine.

In January 1990, I broke my hand and had to wear a cast. When it was time for the cast to be removed, I decided, since I was already in the doctor’s office, I would have the breast examined again. After the exam, I was sent immediately for a mammogram. Just two days after that, I was given an appointment for a biopsy. I was told the mass was malignant. A mastectomy was performed on May 14, 1990. That was followed by six months of chemotherapy and, praise be to God, ten years later, I am cancer free.