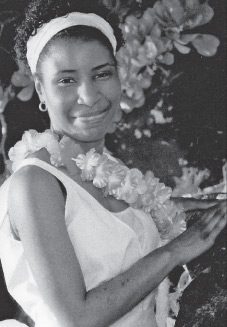 In October of 2006, I discovered a lump in my right breast. I remembered thinking, “What is this?” To be honest, I probably would have ignored it, brushing it off as nothing to worry about as many women mistakenly do. But I knew better than to take that chance and I immediately made an appointment to get it checked out. During my examination, my doctor told me I had very dense breast tissue and even though she could feel what I was referring to, she wasn’t really concerned and felt I didn’t have anything to worry about. However, as a precaution, she recommended getting a mammogram and an ultrasound.

After reviewing the results, the radiologist said because it was a solid mass that he would like me to have a biopsy. However, he was also not concerned since I was only 32 years old and it was common for women my age to develop benign tumors. He assured me that I had nothing to worry about. I visited with a surgeon, who opted not to do the biopsy based on the feel and free movement of my tumor. He assured me it was benign because cancerous tumors typically did not feel or move the way mine did. But he still wanted to take it out. We set up the appointment for the surgery and I left the office with my only anxiety being the anticipation of having surgery for the first time. I didn’t think for one moment that I had cancer.

On November 27, 2006 I went in for one day surgery. Little did I know that during the procedure, the tumor did not easily pop out as the surgeon had expected. As a result, he took it to the pathologist who informed him that it didn’t look good. My surgeon went back in and cut out more tissue around the area where the tumor was removed. I remember learning all this after requesting to see the surgeon, because I vaguely recalled him standing next to my bed during recovery, saying something that sounded very apologetic. It didn’t quite sink in until my husband called to set up my Thursday follow-up appointment, and the surgeon requested to see us the very next day instead.

When he said the words, “It’s Cancer”, I was in total shock and could think of nothing else except how this news would ultimately affect my family. I remember tears running down my face as we drove home in complete silence. My world had been changed and turned upside down. I knew from that moment on I was in God’s hands and I needed to depend on him to get me through. No matter what the doctors said from here on, I knew God would have the last say.

Breast Cancer did not run in my family and after further testing, no genetic connection was found either. So how in the world did I end up with cancer?

Later that week, the pathologist test results confirmed that the tumor was grade III cancer and even though the extra margin of tissue that my surgeon removed was cancer free, given my age and the very aggressiveness of grade III cancer, I was a very high risk for reoccurrence. My heart sank when my doctor told me that I needed to consider starting aggressive treatment as soon as possible to decrease my risks. In one single week my life as I knew it came to a crashing halt. I was immediately overwhelmed by all the decisions I would have to make in such a short period of time. Everything was happening so fast and I was bombarded with so much information all at once. I had to do everything from informing family members and my employer to scheduling more surgery as well as prepare for chemotherapy.

I went into surgery knowing I was in God’s hands. I knew he was looking out for me even though cancer had abruptly invaded my life. While removing my sentinel node, my surgeon discovered that the next two nodes were swollen and decided to remove them as well. My sentinel node tested cancer free, but the second lymph node did not. As a woman of faith, I have to believe that God was responsible for the discovery and the ultimate removal of those two swollen lymph nodes. For that I am so grateful.

Finally, in January 2007 after recovering from three surgeries, I began a treatment plan which included six months of chemotherapy, six weeks of radiation and a year of hormone therapy. During treatment, I discovered how wicked cancer could really be. It drained every aspect of my life – physically, emotionally and financially. I remember beginning to cry as the nurse began reciting the list of drugs I would have to take during chemo. I hardly like to take Tylenol for a headache! I also remember the stress I felt during the last week in February, when I discovered that I had already exhausted my prescription drug coverage for the year. One of my anti-nausea medications cost more than $300.00 alone which I had to have refilled before every chemotherapy. Without it, I would have been violently ill. I had a favor of God, who provided a way for me.

Throughout this process, God has blessed me with the most amazing support. So many people have reached out to me through their prayers, encouraging words and many acts of kindness. I don’t know how I would have survived without the love and support from my family and friends.

I am so thankful for all those who have been there for me throughout every stage of this journey. Most of all, I thank God for his faithfulness and the strength he has given me to continue to fight this fight.