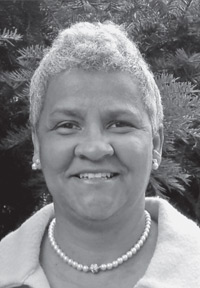 Lets’s travel back in time to see what the Lord has done. December of 1990 when I went for an annual routine gynecological exam and pap smear. The doctor scheduled a mammogram for me. The mammogram was taken a few days later and the technician requested an extra image of my right breast after returning to the room. I was told the doctor wanted to double check the right breast and if any thing were to show up on the film my doctor would get in touch.

Two months later, the middle of February just days before my 42nd birthday on February 20th, 1991, I was at work sitting at my desk and happened to put my left hand up high above my right breast and I felt a lump the size of a dime. Some lumps are located above the breast and often times it can be missed if you’re focusing on just within the breast. My mammogram didn’t pick up a clear image of the cancer in my ducts because that area couldn’t fit under the X-ray equipment.

During this time in history there was so much talk in the media about breast cancer.

Women were having so many problems with surgeries and reconstruction issues with silicone leaks. I panicked and immediately called my doctor for an appointment. Within minutes I arrived in his office. He felt the lump and told me because of my age, sometimes women develop cysts and that I had nothing to worry about as long as I felt the tingling. I was told that when you don’t feel any sensation is when you should be concerned. My biggest mistake was failing to get a second opinion.

Four months later I traveled to Virginia to pick up my daughter from school for the summer. I couldn’t get back to New Haven fast enough. While I was on the trip, the lump enlarged and my lymph nodes were swollen and I had a problem putting my arm down.

After returning home the very next day I went to see Dr. Amodeo. He was the second doctor that I was seen by, and he took a biopsy and scheduled an ultra sound A day later I received a call from the doctor to come for the test results. I continued to pray and trust GOD with every breath and every step that I took. I was so heavy burdened. Once I was seated in the doctor’s office he walked in and told me the biopsy was malignant and I have breast cancer. I was devastated and told Dr. Amodeo that “you don’t know what you’re talking about.” I was in such disbelief at the news. I was horrified. I left the office and as soon as I stepped into the hall way the spirit of GOD touched me and said: “Peace be still for I am with you, I will carry you.”

A week later I had a lumpectomy and after the surgery the test indicated that cancer cells were still in the extra tissue that was removed with the mass. I was diagnosed as stage 3 and the tumor was the size of a golf ball. Several weeks later in August my second surgery was performed to have a mastectomy and removal of four lymph nodes. I received six months of chemotherapy.

The LORD has healed my body. His power to do all things is what gives me life to continue living in faith and gratitude for all that he has done for over seventeen years of my life. GOD bless and thanks to all my family and friends who prayed and gave me their love and support.