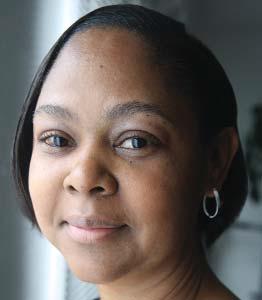 In the year of 1999, I visited my OB/GYN doctor to discuss some nipple discharge I had been having for a couple of months. She scheduled me for an appointment at Yale for a mammogram.  Becauseof my age (31 years old), the medical staff felt there could be no issue. The doctor first did an ultrasound of the right breast and did not find any mass; however, when they placed my breast on the mammography unit, a tumor hidden in one of the milk ducts exploded!!! At that point I was referred to a breast surgeon for a biopsy. She discovered that I had a Benign Papilloma. Again, due to my age, she felt that it couldn’t be cancerous and thus, removed only a portion. However, nine months later, I again experienced leakage in the right breast and had a second surgery. It was then that I learned that the area in question had not been completely removed during the first surgery. During that second surgery the Benign Papilloma had spread to every milk duct in my right breast.

I returned several times for follow-up mammograms. Each time an abnormality was seen, I had a biopsy that was benign. Finally, I was referred to the cancer center at Saint Raphael’s Hospital because my breast tumor had become very aggressive to the point that after a total of seven biopsy surgeries, the tumor had now fully grown within 30 days of my last surgery!!!

I also endured the stress of finding a breast surgeon willing to take my case because of the admitted liability of the first breast surgeon having left a portion of the benign tumor. Now it is the year of approximately 2004 and I have advanced to pre-cancerous cells (atypical hyperplasia, calcium deposits, microcalcifications, etc.) and I was also informed that I would no longer be able to have any more children due to all my medical issues.

However, To God Be The Glory!!!! Not only did God provide a group of surgeons willing to take my case, but also I learned that I was five months pregnant with a little girl (Sanai) who was born on September 6, 2005, perfectly healthy. That was not what the doctors expected!!! Due to the pregnancy, the baby stunted the tumor’s growth and I was able to receive a bilateral mastectomy with full reconstruction (TRAM). I now had no signs of cancer and no need of treatment!!!! In addition, I graduated with a Bachelors Degree in Forensic Science from the University of New Haven.

All I can say is that God is truly a living God and If I could give any advice it would be this passage: