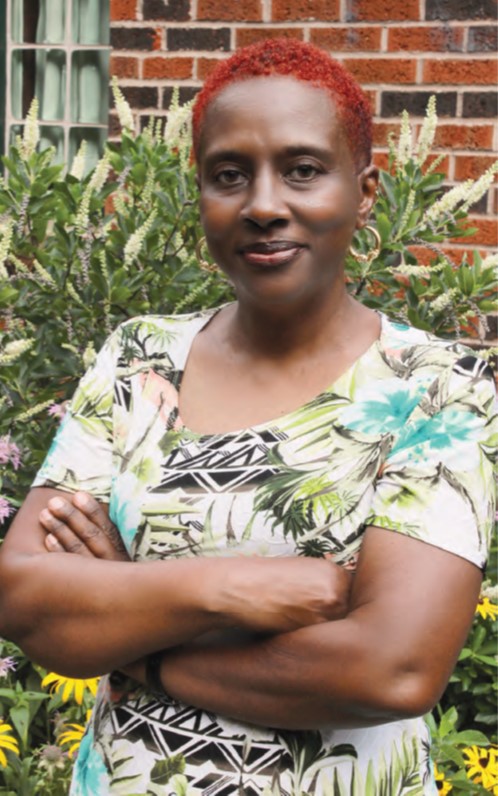 …At age 56, I was about to walk into the unknown. I would find out how strong my faith was. On February 19, 2010, I went for my routine mammogram. This time would be different. By February 24, 2010, I received a letter stating that the results of my exam indicated the need for an additional evaluation. My mind did not process the information well. I made an appointment only to cancel. I wasn’t afraid. There were just too many things going on at the same time, making it hard for me to focus on this newest challenge on my journey in my life

I received two more letters (one was certified) plus a couple of calls. Another appointment was made for April 16, 2010. The results were the same, and given to my GYN, Dr. Effie Chang. She asked me to make an appointment to see Dr. Denise Barajas, a breast surgeon. I did. May 13, 2010, would be my first of many visits. On that visit I was told by Dr. Barajas that I was in stage zero.
She scheduled an appointment for me to get a biopsy on the left side.

The biopsy was done on May 26, 2010. On my next visit, Dr. Barajas told me I was in stage one. She now wanted to do a lumpectomy, which was scheduled and done on June 21, 2010. It was at my next appointment that she recommended a full mastectomy, which I did not have at that time. I was scheduled for an MRI on July 12, 2010. I would have another lumpectomy on July 28, 2010 as well two lymph nodes removed to check on the possibility of the cancer spreading. The results were negative. Praise God!

It was around this time that things would start to get very challenging. More information was given than I could digest. I started to feel overwhelmed and that’s when God stepped in. God knew hen I would need him the most and this was it. What an awesome God!

My earthly support would begin now. My brother Keith, who is a pediatrician, would be my interpreter. My sister Shari, who is an RN, would be my second pair of ears on my doctor appointments. Dr. Barajas recommended that I schedule appointments to see Dr. Andrea Silber and Dr. Joyce Chung. I did. Each one explained their specialty and gave their recommendations based on the reports they received from the results of my procedures. Questions were asked and answered. It was decided that neither chemotherapy nor radiation were for me.

After all the procedures, the surgeries, the questions and answers, after all was said and  done, with prayers traveling throughout my Journey, on September 23, 2010 I decided to have a full mastectomy on my left breast. The surgery was performed on October 1, 2010. I asked God to stay close. He did, which was always His plan. When I woke up, I thanked God.

I thank my family and friends who were there from the beginning, as well as my church family who prayed for me and with me. We all have a journey to walk, but it doesn’t have
to be alone. There’s no journey too big or too small that God won’t walk with you.

Glory Be To God!