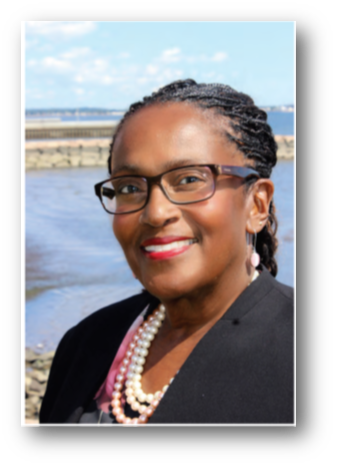 I went for my annual mammogram. The doctor stated that everything was normal and no cancer was detected.  One weekend in September 2011, while doing a breast exam in the shower, I felt a huge squishy lump under my left arm. I also felt a small lump in my left breast. I realized that the lump under my arm was a lymph node. My immediate thought was that I had an infection and needed to go get some medication to clear it up. Regarding the lump, I wasn’t worried because my two sisters have lumpy breasts so I just figured that I was going to be like them. I never thought for a minute that I had breast cancer because I just had the mammogram in June. That Monday, I contacted my OB/GYN. She didn’t have any appointments available for a few weeks but the midwife had one that afternoon, so I agreed to see the midwife.

We met that afternoon and he told me that the lump under my arm and in my breast were concerning and that I needed to see a surgeon immediately. He told me not to let anyone tell me that the lumps were nothing because they were. He scheduled an appointment for me to have a diagnostic mammogram, and within five days I went to have it done. They continued to take image after image after image. The radiologist took forever to come and talk to me. When he finally came into the room he told me that I needed to see a surgeon as soon as
possible. I asked what was wrong, but he wouldn’t answer. He just said that he was sending my report to my OB/GYN. My OB/GYN was in the same building so I went upstairs to get the report. Before I left the radiologist’s office, I asked one of the technicians what was wrong with me. She was very honest and told me that I had breast cancer. I appreciated her for being honest with me but went into shock/denial. I didn’t want to believe it nor did I want to deal with that reality, but I knew that I better get a surgeon immediately. I went home and told my three children that I had breast cancer. They had many questions for which I had no answers. I researched good breast surgeons. I chose Dr. Kaye Zuckerman. My two daughters and my sister went with me about a week later to meet with Dr. Zuckerman.  She sent me to have a biopsy and answered all of the questions that my children and I had. I came to terms with the fact that I had breast cancer and decided that I
wanted to have surgery immediately. Dr. Zuckerman called after she received the results of the biopsy. She told me that I could not have surgery yet because the type of breast cancer I had was so aggressive. I had to have chemotherapy first to shrink the tumor. I chose
Dr. Jeremy Kortmansky as my oncologist. After meeting with him, he advised me that I had to have chemotherapy every other week for three months. He stated that if everything went well after the chemo, I’d have to wait six weeks for it to leave my system before  I’d be able to have surgery.

After discussing the ways that he could administer the chemotherapy, I decided to have a port surgically placed into my chest to access the chemo rather than have them attempt to find a vein every other week, which could be problematic.

I decided to have a double mastectomy with reconstruction because I did not want cancer to come back in my other breast. I was a school social worker at the time. While having my first chemotherapy session,  I sat next to our secretary. She had breast cancer 10 years earlier. Here she sat having chemo again because the cancer came back in her other breast. At that point I realized I was making the correct decision
about having a double mastectomy. My reconstruction surgeon was Dr. Stefano Fusi.

I had chemo from November 2011-January 2012. I was lucky that my blood work was good each time I went for treatment. Dr. Kortmansky advised me that if my blood work wasn’t good, they couldn’t administer the chemo and that I’d have to wait until they built up
my blood cells. Of course this would have prolonged having the surgery. Every time that I had chemo, one of my children, my sister or one of my friends sat with me while the chemo was being administered. I had a wonderful support system from the day that I found out that I had cancer until this present day.

My surgery was March 28, 2012. I began radiation two weeks later. My radiology oncologist was Dr. Christin Knowlton. I had radiation from April 2012-July 2012.  I have been cancer free now for seven years. However, I continue to suffer with lymphedema in my left arm. It spreads to my chest and upper back so I have to wear compression garments. I also have to see a lymphedema specialist.

I have been cancer free now for seven years. However, I continue to suffer with lymphedema in my left arm. It spreads to my chest and upper back so I have to wear compression garments. I also have to see a lymphedema specialist.

At this stage of my life, I see my oncologist once and my radiology oncologist twice a year.