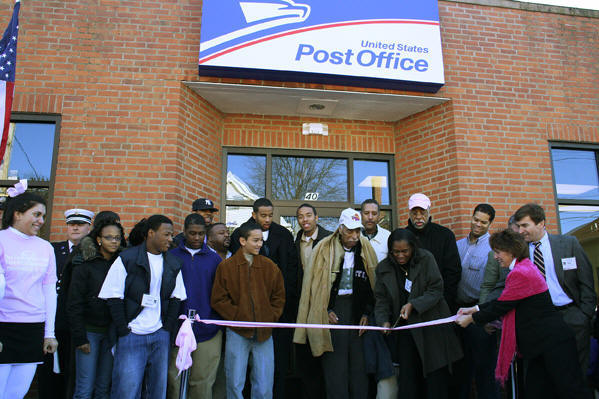 The renaming came months after the United States House of Representatives passed a bill authorizing the renaming after the late Hamden resident. However, the bill had to go through the Senate before any changes could be made. That time finally came, and the community welcomed the change with open arms.

Several state and town officials, friends and family members gathered outside the post office in the frosty air to pay homage to one of Hamden’s great activists.

White-Epps, 56, died Oct. 30 2003 after a courageous fight against breast cancer. She was diagnosed about 14 years ago and went into remission for more than five years. However, she was re-diagnosed in 2002 despite the decreased odds of cancer reoccurrence after five years.

Before she died, White-Epps made it her duty and life’s purpose to provide support for women facing the same battle. The effort she put into spreading breast cancer awareness is alive and well through the work of her foundation, Sister’s Journey. Founded in 1999, the faith-based organization provides support to cancer patients and survivors. It was the first group of its kind in the state.

Since its inception, the organization has assisted hundreds of women during and after the treatment process. It also educates the public about the importance of early detection. For more information on Sister’s Journey call 288-3556 or visit www.sistersjourney.org

Much of the support has been geared toward African-American women since statistically they are more at risk of dying from breast cancer than other ethnic groups. However, White-Epps was known for reaching out to all women and letting them know that support and guidance is available to everyone who has cancer.

In a concerted effort to spread awareness, the organization hosts several events throughout the year such as the Pink Tea to alert the public to the great need for further research and support.

Read the amazing stories of triumph and determination by many of the group’s survivors by purchasing its annual “Survivors Calendar.” The calendar pays tribute to women diagnosed with cancer.

Since White-Epps’ death three years ago, her mother, Phyllis, has carried on the charge her daughter initiated. Although her daughter is no longer with us, her efforts to spread breast cancer awareness and early detection lives on through the foundation.

As patrons enter and exit the small post office in Hamden, they will forever be reminded of the great strides White-Epps’ took to help others. For this and more, she will never be forgotten.

« Back to the Blog