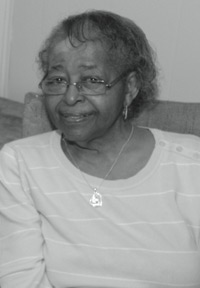 On July 10, 1992, just a few days before the birthdays my sister Verlessie and I share in the month of July (I was born on July 20 and my sister on July 14 – three years apart.), I received a partial mastectomy.

I had felt a lump on my breast that was sore just weeks before. I didn’t know what it was but just thought it would go away as fast as it came. However, during church service, my Pastor announced that there was someone in the sanctuary who had a lump on their breast and that person should come for prayer – I knew that it was me – but I didn’t go. However, I did start asking questions and eventually went to see my doctor. Thank God my cancer was found at an early stage.

I advise all to do self-examination often and to see your doctor as soon as you notice or feel a change.

SPREAD THE WORD, educate others and don’t hesitate to go to your doctor. There is life after cancer!