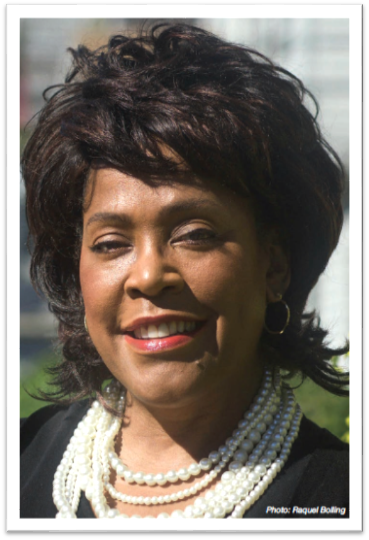 I guess you could say I was more like terrified. It was all so surreal. I just wanted to live. The fighter in me came out and I and my family were ready to do whatever I had to do to beat my breast cancer diagnosis.

I am one of four sisters. My sister, Francine, was calling everyone she knew to make sure I got the best team of doctors and medical care. Take it from me, an alpha personality, it wasn’t easy for
me to allow others to take over but I had to surrender and let my village of loved ones help me.

Instantaneously, once I accepted my diagnosis I went into automatic survival mode. I had two distinct personalities during this time. Both personalities were synchronized and they were
never in conflict with each other. One personality was the warrior who followed a medical regiment to a “T” that included a combination of pain meds, chemotherapy and radiation treatments. Add to this list acupuncture visits, support groups, mental health counseling, gynecology, oncology, and radiology office appointments. Then there was my “can do” personality, which kept my life moving on a regular basis – never skipping a beat as if I wasn’t going through one of the worst nightmares of my life.

While driving to pick up my then eight-year-old son from school, my gynecologist called at 2:03 p.m. on September 23, 2010. She informed me that my mammogram and core biopsy results
came back positive for right breast invasive ductal carcinoma, Stage II, nuclear grade II of III with focal lobular features. These were definitely  shocking words to hear.

Ironically, several weeks before I was officially diagnosed, I shared with my sisters that I just knew intuitively that something was wrong. My two older sisters, Vendetta and Deborah, didn’t
want to believe me. It was just a gut feeling. I had no symptoms that would raise a red flag.

Once my hair started falling out from the side effects of chemo, I had my son, Evan, help shave the remainder of my hair off. My goal was to empower Evan so he wouldn’t be afraid when
he started to see me lose my hair and go bald. My plan worked!

Undergoing chemo was tough! I had four rounds of chemo, which included Neupogen injections needed to raise my white blood cell count to fight infections. After each round of chemo I was
so sick. My bones would hurt and indescribably ache. I would take one of my many pain meds from Oxycodone to morphine to dull the pain. In addition to the baldness and aching bones, I
developed severe neuropathy. For two years, my hands and feet felt like they were always extremely cold. It was more like they were actually freezing.

After chemo I endured 36 rounds of radiation treatments. I did this several times a week for two months. At first this was a piece of cake until my skin started sloughing off causing second-degree burns. Finally, nine months after my breast surgery, I had a hysterectomy. Lastly, after all of my surgeries and treatments I was placed on a daily oral hormone regiment for five years.

In many respects, rereading my medical transcripts and writing about my post cancer journey has been a full-circle healing process on many levels. I got through all of this and I obtained my black belt in Shaolin-Kempo Karate one year after my initial diagnosis! Today, I am cancer free.  God is good!