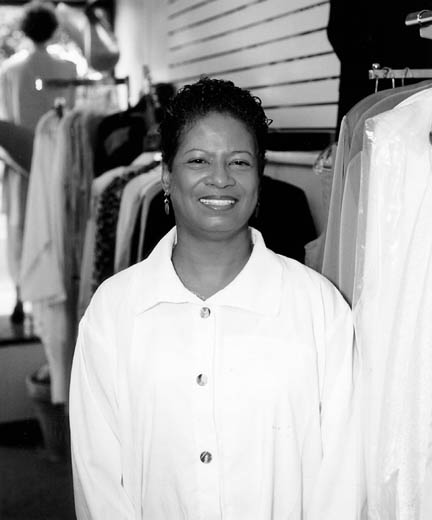 I have been a Hamden, CT resident for 15 years. I was married in February 2001. My family consists of my husband, one son, Pastor Eric Sr. and his wife, Mia, four grandchildren, Daria, Alyssa, Eric Jr. and Rachel, and two sisters, Joan and Amoy.

Being told that I had cancer will ring in my mind forever. Cancer did not run in my family. So, I did not think I was a candidate. Boy, was I wrong! Family history did not matter. Self-examinations and mammograms are so important, no matter what your family history is.

In December 1996, I discovered a small lump in my breast. But, I decided to put off having a mammogram until after the holiday. Because I was in denial, I rationalized it as just a small, little lump. I thought that if I waited a few more weeks, it would not matter. It was not until March 1997 that I had the mammogram done.

On April 1, 1997, I received a call from my doctor. The mammogram test results were back and I needed to come in to his office. He said the news was not good and that he wanted to set up an appointment with a specialist. When I went to the specialist, she said I should have a mastectomy. I had to tell her I would come back the next day because I was having a hard time with this news. I went home and prayed. The following day I went back to the doctor’s office and asked her to explain everything again to me. I told the doctor that I did not want a mastectomy, until all my other options were explored.

In May 1997, I had a biopsy done. A stage 2 carcinoma was the diagnosis. They removed the tumor while I was there. I requested to have a Lumpectomy in June 1997. The nodes were negative. I had radiation treatment for eight weeks. Only through the grace of God have I been in recovery. I know that, because of Him, I am here today. In the time it took to go through these procedures, from being in denial to having radiation, the lump could have grown until I had no options.

I thank God and will continue to praise Him for my healing. I have been cancer free for four years.