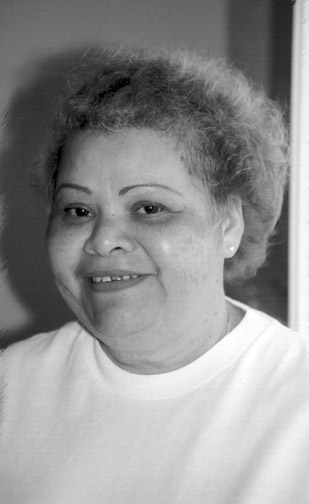 I was born in Sabana Grande, Puerto Rico. I am 58 years old. I have two children and three grandchildren. I was 56 years old when I found out that I had breast cancer.

Cancer was detected on my left breast in 2001. I never felt any pain. One day, I felt a small ball. Having a ultra sound and a mammogram, the doctors did not find anything. I insisted on having the calcium lump removed. It was sent to the lab and that is how they found out I had breast cancer. They gave me ten days to have my left breast removed. The doctors had to remove my whole left breast.

Now, I don’t have anything on my left side. But, I prefer to stay the way I am now. I do not want to have surgery. Now, I am using a prostheses with a special bra. But I do not feel comfortable because it weighs too much and it gives me lots of pain on my left arm and back. I am still in treatment at the cancer clinic.

The doctors that saw me they told me that they were calcium balls. Every time I see the doctor that originally diagnosed me, I stop and tell them – “Look how the calcium balls got me now!

My advice to all women is that when doctors tell you those lumps are just calcium balls: get a second opinion!