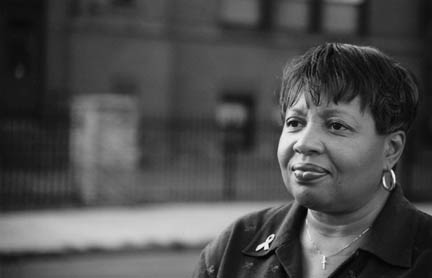 I am Pauline Sims, a resident of New Haven, CT. I have one daughter, Patrice Sims. I am a proud breast cancer survivor of three years. Twenty years ago, I had a benign fibroid tumor removed from my left breast. Although there is no history of breast cancer in my family, I often wondered if I would develop breast cancer. Yet, I was very shocked when I discovered that I had DCIS in my left breast.

In October 1998, I was scheduled for my annual mammogram. After the procedure, the doctor saw something in my right breast and scheduled a second mammogram within two weeks. After my second mammogram, the doctor scheduled me for a biopsy. During the biopsy procedure for the right breast, the radiologist suggested that I also have one on the left breast. I thank God that I agreed because the calcification was in the left breast, not the right. This could have easily gone undetected.

On December 1, 1998, I had a lumpectomy. Two weeks later, I went back to work. Then I started radiation for several weeks. I would like to thank my friends and family, especially my mother, Mary, my daughter, Patrice, and my dear friend, Howard for their love and support. I thank God for how far He has brought me and I have learned to live every day to the fullest.