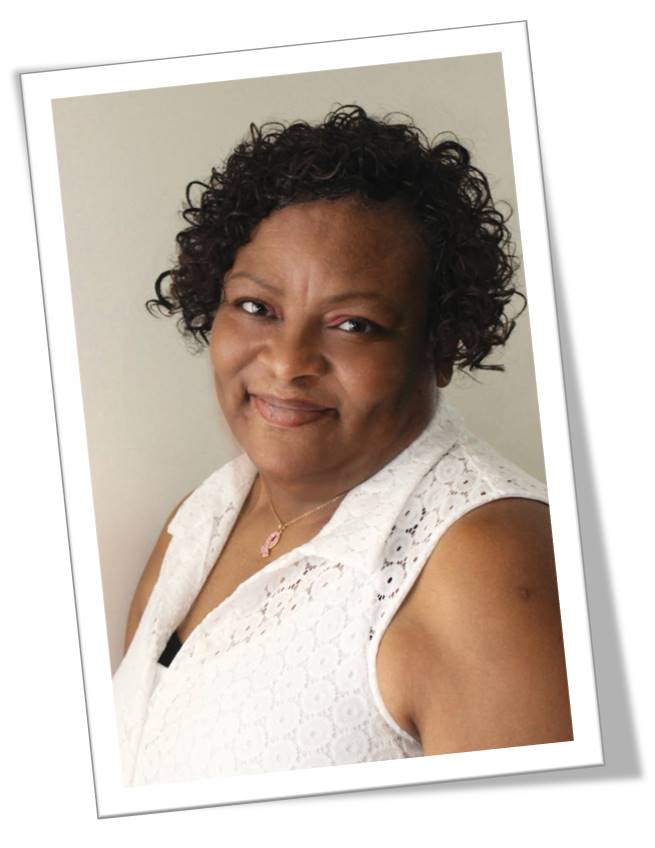 “I’m One of A Kind!” Hi, my name is Shelby Gibson-Johnson. I’m the mother of one daughter (Jessica) and grandmother of two handsome boys (Amir 10 & Aiden 3).

Let me start by saying that if I had been doing my regular mammograms as the health care professionals suggested, I would have caught the cancer in time and it wouldn’t have gotten to stage 2. It was while I was doing a self-breast exam that I felt a “LUMP”; but I shrugged it off and thought no more about it until I had pain in that particular area a few months later.

As the pain increased in severity so did the size of the original lump I had felt. It was only then that I did a walk-in to Planned Parenthood, explaining my situation. They did a chest x-ray and after the reading was abnormal, they sent me to Dr. Russo for a mammogram of what they had seen on the x-ray. Dr. Russo did the normal mammogram with me standing and then another with me lying down. He also did an ultrasound and confirmed there was a mass. They then set up an appointment for me at the Norma F. Phriem Foundation. It was there that a biopsy was done and after all tests were completed I met with Dr. Garvey and his nurse, Pat.

That was the day, October 19, 2012, that I received the most devastating news: The mass was malignant and I was diagnosed with stage 2 breast cancer. Yes, the Big “C” had found its way into my life. After the initial shock and eventual acceptance, I had faith that I would make it.

On December 4, 2012, I underwent surgery to remove the mass (lumpectomy) and cancerous lymph nodes. After the surgery, I then underwent chemotherapy followed by radiation. One morning during my chemo days I started to comb my hair and it was coming out! I had a “TOTAL meltdown!” I called my sisters at work (one in Bridgeport and the other in South Carolina). They listened, encouraged, and prayed for me as well as cried with me. Then I went to the hair salon and Melissa gave me a really low cut. As she was cutting my hair, the tears fell and just wouldn’t stop. My sister held me and cried also; then when I saw Melissa with tears falling from her eyes, it was such an emotional moment.

At one point I felt that I was the ugliest person on earth, but soon came to the realization that I was still alive! I grabbed hold of my faith, even more, encouraging myself, knowing that God had me and allowed me to be here for a reason. I continue to have some bad days but when I think of where I was, where I am today and how far I’ve come through the Grace and Mercy of God, I can smile through it.

I had the best support group anyone going through a difficult situation could have. I had my faith in God first and foremost, and I always had support from family, friends and my Pastor.

Due to me being the ‘FIRST’ – yes, first one ever to have cancer in my entire family, everyone now makes sure that they get their yearly mammograms.

What a mighty and awesome God we serve! Thank you one and all for the love and support. It is well appreciated.

“Our lives begin to end the day we become silent about things that matter.”
– Dr. Martin Luther King, Jr.

I leave you with these words: “Be kinder than necessary, for everyone you meet is fighting some kind of battle.”