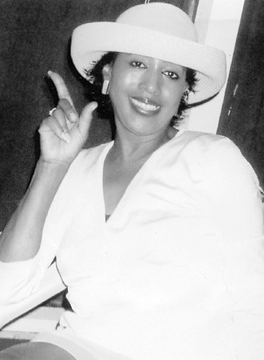 I have lived in Virginia Beach, Virginia, for the last 15 years and, for most of those years, lived a happy, healthy and stress-free life.

However, I was diagnosed with cancer in the spring of 1999 at a time when I thought that I was truly invincible. I was taking and distributing herbs, walking every day, drinking plenty of water and eating properly. However, after a “routine” company physical (which I agreed to at the persistence of a co-worker), I was diagnosed with breast cancer.

At that moment, I was not overly concerned because I personally knew several survivors who, after receiving months of treatment, were living healthy lives free of this terrible disease. It never occurred to me that I wouldn’t be immediately cured after the proper treatments. I had a mastectomy on my right breast and then endured eight weeks of chemotherapy. Shortly thereafter a routine scan revealed that this breast cancer had already spread to my bones; thus I began treatments for this new cancer.

Sometimes during this span I was very ill due to the many side effects. However, I continued to work and maintained most of my activities due to the support and patience of my family, my many, many special friends, (especially Hampton University Alumni), and my co-workers. My son, Lacy, and my daughter, Yisteen, have always been my inspiration and strength, as well as my Mother, Louise Sorrell (who still lives in Clifton Forge, Virginia – my birthplace), my siblings, and other relatives. Also, I have to mention my wonderful oncologist, Dr. Michael Steinberg, and his staff at Virginia Oncology Associates who continues to keep me “stable.”

There were times when I was so sad, and often cried when the sickness overcame me. At those times, my co-workers and friends took turns transporting me to and from the treatment center. However, in spite of the pain, I was always thankful that the grace of God kept me sustained. I always knew that my oncologist, my radiologist and surgeons didn’t have all the answers, that there is another doctor who is the greatest physician of all!

Now it is the summer of 2005, six years since I was first diagnosed, and I am faced with another obstacle – brain cancer. I currently have three cancerous spots on my brain. One has almost disappeared, the second one is stable. It is the third one which the doctors are really concerned about. However, I know that with a positive attitude, an unyielding belief in the powers of God and with the faith of just a “grain of mustard seed” I will triumph. So by the time this calendar is distributed, I plan to be still rejoicing, working, praising the Lord for His blessings, and living life to the fullest.